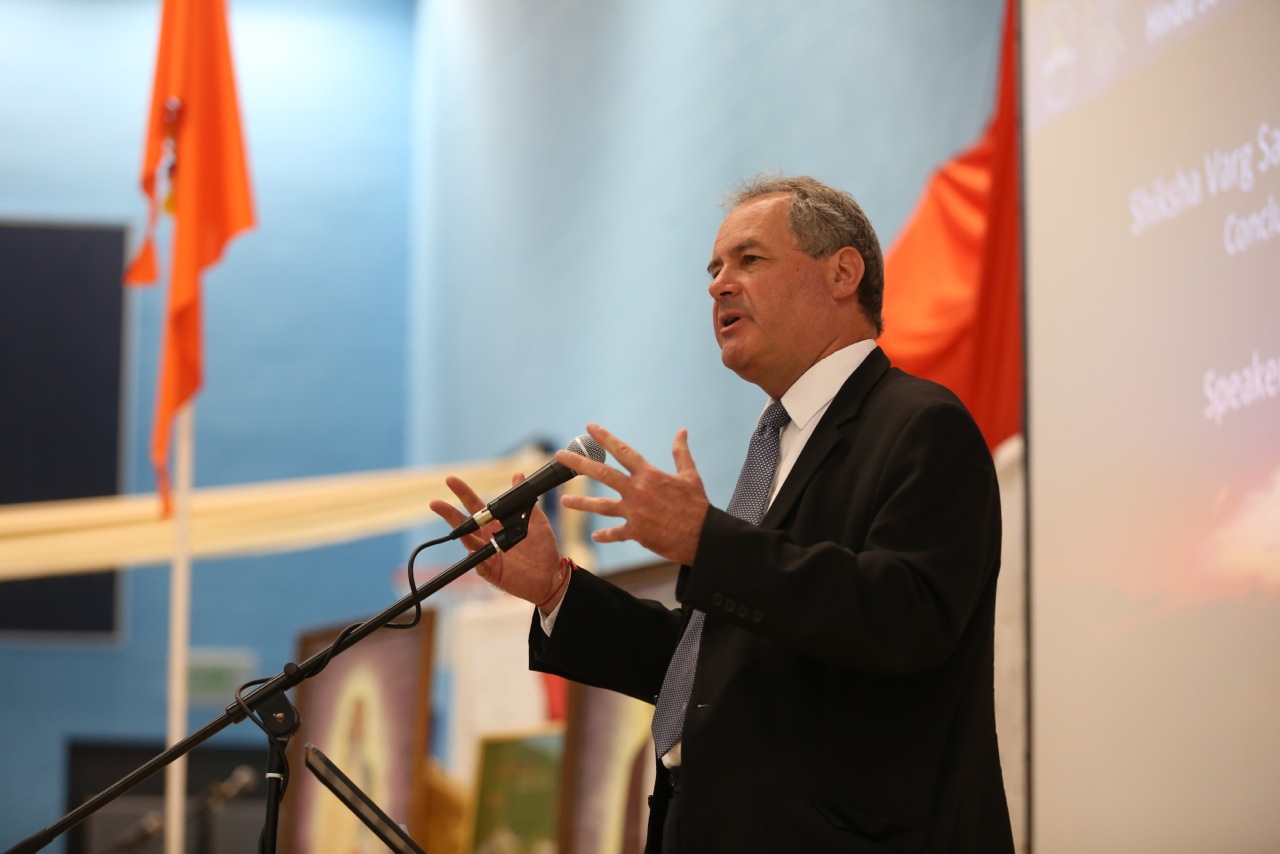 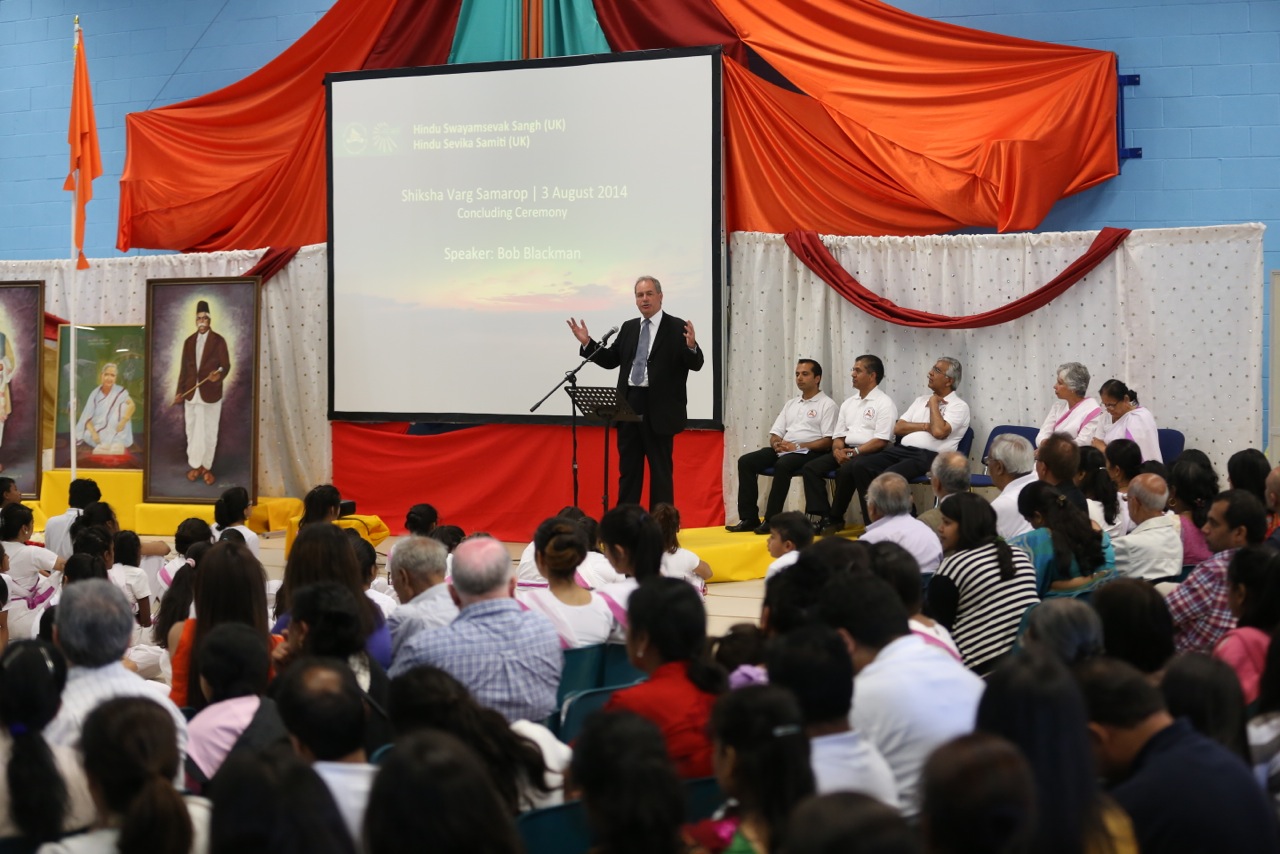 There seems to a strange divide around the world at the moment. On one hand we have hundreds of British youth going to train and become Islamic State militants, while on the other, the King of Japan receives the Bhagvad Gita from Shri Narendra Modi.

The difference is in the “ideology”. The militants are killing innocent human beings in the name of religion and on the other hand, we have two high profile statesmen talking about peace and harmony through religion, culture and humanity.

With this in mind, what does Briatin need? Bob Blackman MP [Harrow East], echoed the need of the hour. During his short but inspiring speech at the concluding function at the nine day residential leadership training course, he said “… What you see is that it [HSS UK] trains people to be physically fit and who would think that is a bad thing. It trains young people with mental education as well and teaches meditation. It enshrines core values of Hinduism which is to create a peaceful world. Being peaceful is the core value of Hinduism and to maintain peace one needs to be vigilant.”

SSV the leadership course creates future leaders in the workspace, Hindu Samaj and more importantly the Global Society. The theme of universal peace and oneness is echoed throughout to inspire future leaders who would benefit the communities and embrace the world as one family – Vasudhaiva Kutumbakam!