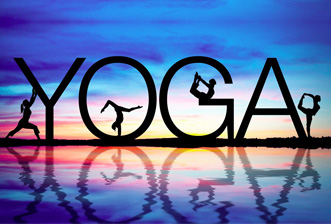 UNESCO director general Irina Bokova said that yoga is in the list of elements to be considered by the Intangible Heritage Committee for inscription on UNESCO’s register. Bokova told “a lot of my friends have
benefitted immensely both spiritually and physically by practising yoga in difficult times. It is a unique living tradition of Bharat. UNESCO’s general conference in October will also look to endorse the international yoga day as spearheaded by prime minster Modi”. “It is multifaceted philosophy and tradition that unifies mind body and soul. I have read a lot about yoga and tried it too. I know that PM Modi practises yoga regularly,” Bokova added.

If selected, yoga will become the 31st intangible cultural heritage that has been listed from Bharat
so far with UNESCO. The Buddhist chanting of Ladakh – recitation of sacred Buddhist texts was inscribed in 2012 as an intangible cultural heritage of humanity. In 2013, Sankirtana – the ritual singing, drumming and
dancing of Manipur was inscribed while in 2014, it was the traditional brass and copper craft of utensil making among the Thatheras of Jandiala Guru, Punjab. The famous Chhau dance was inscribed in 2010 on the list.