Mananaeeya Shri Mattigud Chandrasekharaiah Satyanarayana, popularly known as Satyanarayanji, is no more. He passed away in Bengaluru around 11am (IST) on Tuesday, 12 May 2015. He was 91. For the last few days he was not keeping well. On Tuesday morning he fell down in the house and suffered a severe stroke. Cremation took place on the same day, attended by senior adhikaris of Karnataka Prant, led by Jaydevji and Chandrasekhar Bhandariji, many of whom had worked with him for many years. His daughter Jyothi was besides him for the past couple of months.

A Swayamsevak from childhood

Satyanarayanji hailed from Mysore and became a Swayamsevak during his student days. He held various Sangh responsibilities in Mysore and Bengaluru. He was Bengaluru Mahanagar karyawaha before he came to UK in early 1960s. He was requested by Guruji to start some form of Sangh work in the UK. He worked at the International Coffee Board in London in senior position as chief statistician. He made contacts with some swayamsevaks settled in London and initiated periodic gatherings to celebrate Sangh utsavs like Guru Puja and meetings of visiting dignitaries like Atal Bihari Vajpayee and Deendayal Upadhyaya.

With the coming of swayamsevaks from East Africa, shakhas were started in some cities like London, Leicester, Bradford and Birmingham. In 1966, Hindu Swayamsevak Sangh (HSS) was established and he became its first national karyawaha (secretary). Later in 1974, HSS (UK) became a registered charity and he was one of its founding Trustees. He also helped in starting Vishwa Hindu Parishad (VHP) and Kalyan Ashram Trust (KAT). He was also founding Trustees of these two organisations. Under his leadership Sangh work grew steadily and spread to over 30 towns and cities of the UK. In 1992 he became the first Sanghachalak (President) of HSS(UK).

He was the pillar, guide and inspirer of Sangh work in UK for more than 3 decades. He was a role model of a committed karyakarta who always gave priority to Sangh work in his life. He rarely missed important Sangh baithaks and programmes like KKM, Pratinidhi Sabha and his views and guidance were always sought in these baithaks. He had a unique habit of making notes of all meetings ( formal or informal) connected with Sangh work ( in his typical blue notebook). Today these notebooks are stored in many boxes at the Leicester karyalaya, verily a treasure house of Sangh history. Due to his scholarly knowledge on Hindu Dharma and Sangh, he was always consulted by karyakartas. His views and advice were largely accepted and followed by swayamsevaks/sevikas and well wishers.

He did not drive a car and yet he was not inhibited in doing pravaas by bus or train. Despite his hectic daily chores, he always found time to speak to swayamsevaks and gave words of encouragement. During weekends, he made a point to attend different shakhas in London by public transport. It was a matter of great privilege to have him visit families after attending shakhas. He was diabetic and followed diet restrictions strictly while on pravaas. He did yoga exercises, particularly suryanamaskar, daily which have him good health even in old age.

He was a man of simplicity, a friend of all and always cheerful and smiling. In my close contact with him for over 3 decades, I never found him angry or speak harshly towards anyone. He was an truly an embodiment of saintly qualities and “ajatshatru” ( person who has no enemies). Paying tribute to him, Dr Girdhari Lal Bhan, President of VHP(UK) writes, “ He will be mourned and missed by all. A gentle person, self-effacing, a role-model amongst role-models, he served as the bedrock of the parivar (sangh) here in the UK during its first decades.” Man. Bhagaiahji Vadla, Saha-Sarkaryawaha of RSS writes, “ I have great admiration for him as a devoted Swayamsevak with humility. In UK he laid the foundation of the Sangh and developed with his sweat and blood. He loved swayamsevaks, lived with swayamsevaks and worked for swayamsevaks. His physical body is no more but his burning spirit will always inspire us for ever in our daily life”.

Man. Satyanarayanji has faced a setback few years ago when his only son Prakash passed away at a very young age. He consoled himself as Parmatma’s decision and accepted it with respect and dignity. In 2013, he lost his beloved wife Ratnabenji, happily married to her for almost 60 years. Again he maintained his grace and accepted the decision of the Almighty. He leaves behind one daughter Jyothi, Somshekar (son in law) and Vinaya (grandson), all living in the USA.

Remembering his character and great qualities and following his example of dedication to serving the society will be a fitting shraddhanjali to him. His memory and kindness will always remain fresh in our heart. 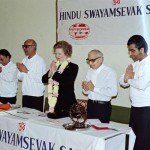 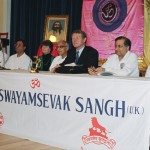 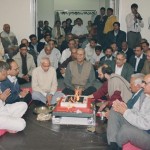 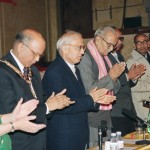 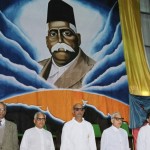 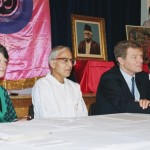 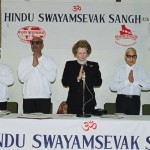 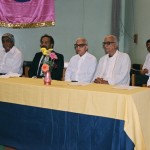 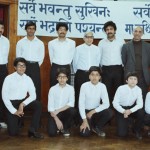 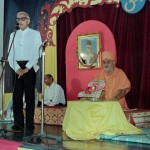 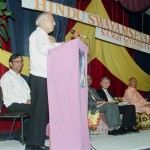 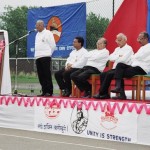 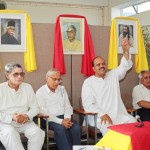 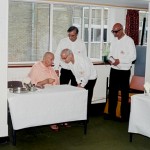 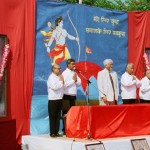