Recent updates:
You are at:Home»Articles & Documentaries»The History of Hindu India 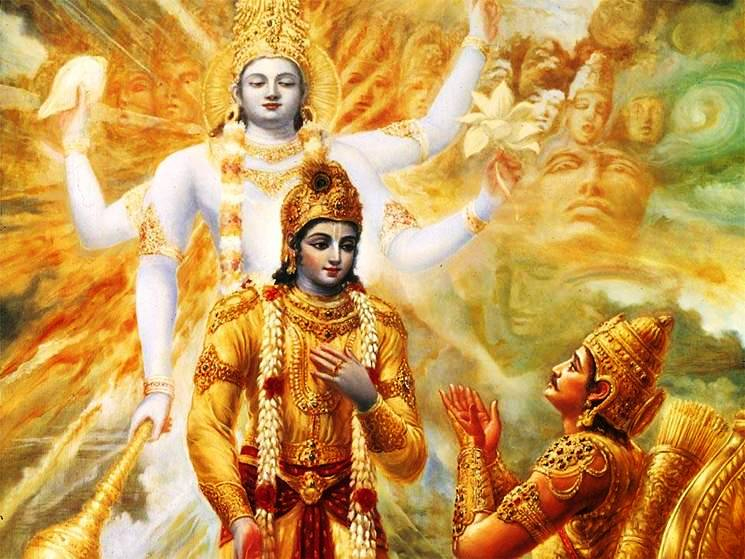 The History of Hindu India

KAUAI, HAWAII, July 1, 2014: The editorial team of Hinduism Today is pleased to announce the release of its professional documentary film, “The History of Hindu India” (Part 1), developed in collaboration with Dr. Shiva Bajpai, Professor Emeritus of History, California State University Northridge. More than a year in the making, the movie (http://bit.ly/HinduHistory) provides an authentic presentation of the history of India and Hinduism to non-Hindus for use in American 6th grade social study classes. It is equally useful for Hindu temple study groups and to introduce the Hindu religion to general audiences.

The film was received with enthusiasm at its first public showing to 350 people gathered at the “Meet the Publisher and Editor of Hinduism Today” on June 29. One young lady summed up the audience reaction, “Wow! I have to tell you, this is the first time I have ever seen my religion presented in a way that touched me so deeply. Tonight I feel proud to be a Hindu.” Bhavna of the Hindu temple in Santiago Chile, who watched the Spanish-subtitled version, called it “a wonderful presentation.” Tushar Agarwal of Dinodia Photo agency in Mumbai declared it “fabulous.” At a pre-release showing in San Jose, California, members of the audience immediately requested a copy for local classes in Hinduism at temples and public schools.

The film was directed by Sushma Khadepaun and narrated by Roger Narayan. Both also served as producers for the movie which included filming at the 2013 Prayag Kumbha Mela and at temples in Chennai, India. Most funding for the project was granted by the Uberoi Foundation Institute for Curriculum Advancement. Subtitles are provided in five languages: French, Spanish, Balinese, Hindi and Tamil. It is available for free on YouTube in multiple resolutions at http://bit.ly/HinduHistory or http://youtu.be/dBZRTzXARWM?rel=0.

The documentary is based on the first chapter of our 2011 textbook, The History of Hindu India. The first section of the film, “Origins of Hinduism,” includes much new material on the Indus Valley civilization, especially its parallels with subsequent Hindu culture of India, such as yoga, Shiva, the namaste greeting and more.

Section two, “Hindu Scriptures,” introduces the Vedas, Puranas, Ramayana and Mahabharata, while section three, “Hindu Society,” covers the caste system and the roles of men and women. The great achievements of early Indian empires such as those of the Guptas are described, including early advancements in medicine, mathematics and metallurgy.

Section four, “Hindu Belief, Practices and Saints” (one of the longest parts) explains the basic beliefs and practices of Hinduism as found today, including scriptures, Gods, Goddesses, saints, temples, pilgrimages and more. It presents the concept of dharma and the related practice of ahimsa as expressed in the lives of Mahatma Gandhi, Martin Luther King, Jr., Cesar Chavez and Nelson Mandela. Karma is taught through an amusing animation of “What goes around, comes around.” Hindu forms of worship are described as they are experienced at home and in the temple, along with spiritual practices such as japa and meditation. The section concludes with descriptions of Hindu saints, swamis and gurus, both men and women.

The final section, “Hindu Festivals,” features spectacular footage of Diwali celebrations in India coupled with footage from the 2009 observance of Diwali at the White House by President Barack Obama. This is followed by video from the 2013 Kumbha Mela in Prayag, India.

The documentary concludes on this upbeat note, “Hinduism has persisted for thousands of years because the dharma, faith and culture have instilled in each Hindu a unique and strong sense of identity, family and spiritual purpose. It endures because it is a dynamic religion which gives complete freedom of practice accepts that there are many ways to worship God and provides festivals, temples, pilgrimages, gurus and scriptures to illumine the path, thereby celebrating life itself.”

The movie is intended for use in middle schools, either in 6th or 7th grade, when the history of India is taught as part of ancient history. The film covers the standard US curriculum for ancient India, beginning with Indus Valley and continuing through the Gupta period, plus a religious overview, as is taught for other religions that same school year. Parents and community activists can bring “The History of Hindu India” to the attention of local schools as a means to offset the largely negative presentation of India and Hinduism which is otherwise being given. Additional resources for parents and teachers, including a complete set of lesson plans for the book, are available at: www.hinduismtoday.com/education/.