Recent updates:
You are at:Home»Homepage»STRIKE A POSE AT YOGA EVENT IN TIMES SQUARE 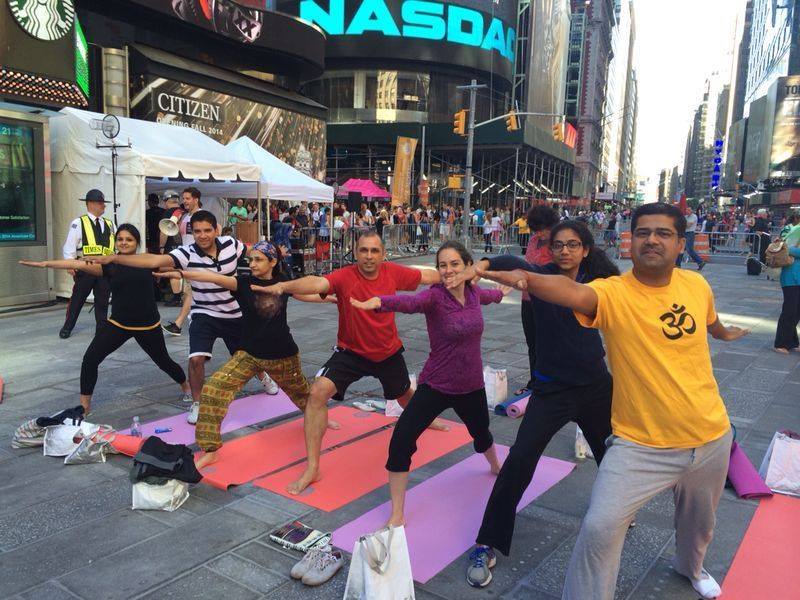 STRIKE A POSE AT YOGA EVENT IN TIMES SQUARE

Thousands of sun-worshipping yogis lined their mats up in the middle of Times Square to celebrate the summer solstice on 21st June. More than 11,000 people followed the Athleta sponsored events “Solstice in Times Square: Athleta Mind over Madness Yoga” as they gradually moved from pose to pose with their bare feet.

“It’s the longest day of the year. In the yoga tradition, this is the day you worship the sun,” told Christina Cielusniak, 25, a yoga instructor from Wayne, N.J. The sun is an important aspect of yoga. In fact, one of the most familiar stances is Surya Namaskar, which means “sun salutation” and represents a symbolic movement of the human reliance on the sun.

“So it really is this metaphor for the larger challenges of our lives. How do we stay present, how do we stay focused with all the distractions,” Tim Tompkins, president of the Times Square Alliance, told CBS News.

Tompkins led the first of eight free classes given on 21st.  “I am struck at how it actually is possible in the midst of all this busyness to get yourself into a different state of mind,” he said.

The event was held both June 21 and 22 to give as many people as they could the opportunity to participate in the free classes, which were live streamed on several websites.