Recent updates:
You are at:Home»Homepage»Slough takes Shakha to the Beach!

Slough takes Shakha to the Beach!

On the 24th of June Slough’s Abhimanyu Shakha, Sita Shakha & Balgokulam Slough had their annual beach trip to Bournemouth. This year they were also able to celebrate International Day of Yoga 2017 with a coach of 50 swayemsevaks and sevikas down to Beach.

With a 7am start, sleepy faces were very much expected, but the excitement of the coach trip and the Vada Pav made by Samiti dispelled those early morning blues. The journey started with the Sangh Prarthana and then onto a game of BINGO, with everyone hoping luck would be in their favour to win the prize. A guessing game of the distance from Slough to Bournemouth in kilometres ensued, without cheating of course (no googling).

Arriving at a windy Bournemouth with most of the beach empty and therefore happily claimed it to start a quick warm-up and stretches. There were then over 2 hours of extensive Shakha Khels; Kho-Kho, Dodgeball, races and many more shaareirik activities. Details and commentary provided by 19 year old Hull University student and Sevika Chaitra Dinesh.

24th June 2017 is a day that will be etched in the memory of Slough Shakha Swayamsevak’s and Sevika’s. After an action-packed coach journey packed with games that all the family could partake in, and the wonderful food that had been so lovingly prepared by the many families. Spirits were high as we rolled into Bournemouth and despite the early start, everyone was bouncing with excitement.

On arrival, in honour of International Yoga Day, which had just happened 3 days before, our Karyavaha, Ajay Murudkar, decided we should have an impromptu yoga session on the beach and it seemed that the decision to lug the gargantuan speaker system up the hill and through the sand to our position was vindicated.

Despite some groans from the younger members of the group, everyone made their way to an open space. We started with some light stretching before getting into the main event. To say that the speaker system was loud would be a gross understatement of astronomical proportions. Some Swayamsevak’s in Slough could have participated in the session! Swiftly after the volume was turned down to the extent that only the whole beach could hear us, we began. We started with some simple poses such as Vrksasana and Dhanurasana, but everyone was keen to stay off the floor. We followed up with some Virabhadrasana and finished off with Suryanamaskar.

Throughout this, there were some youngsters in the back who were seemingly sinking into the sand as the had sand up to their shins. It transpired that they had been putting sand over their feet and then making it look like the sand was swallowing up. Simultaneously pictures were constantly being taken by our diligent photographer, and the Mukya Shikshak making sure that no matter where the camera was, he could be seen with ease. This turned into a running joke throughout the day as it got to the point where he would get out in games so he could have photos taken of him.

On finishing the Yoga, we all took a well-earned break have been stretched thin, literally for some people. However, we all really loved the Yoga and will remember it for years to come as a fond memory of our Shakha. 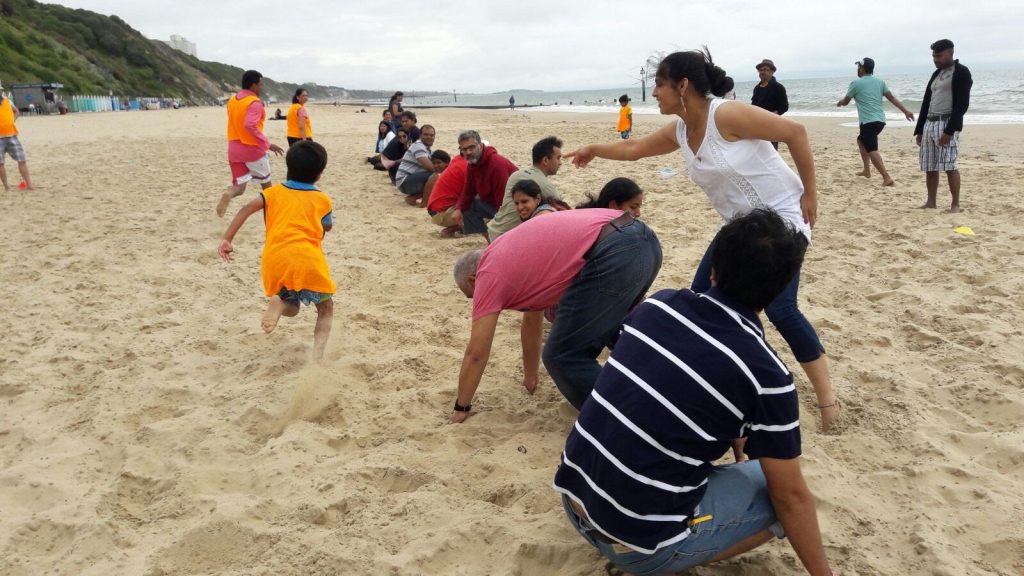 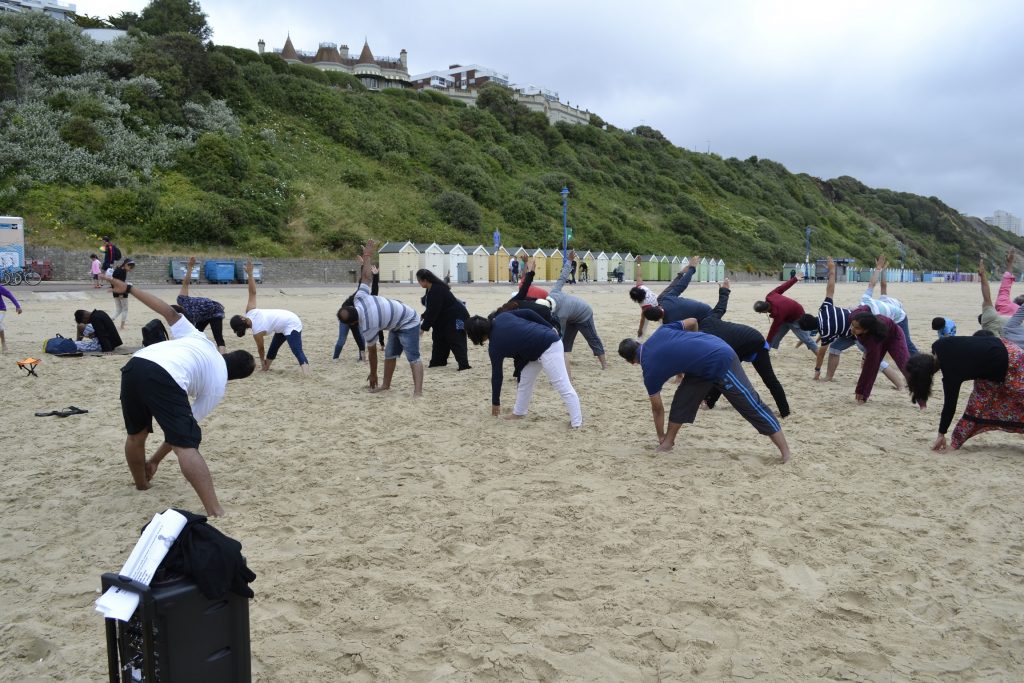 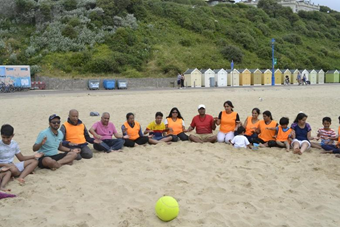 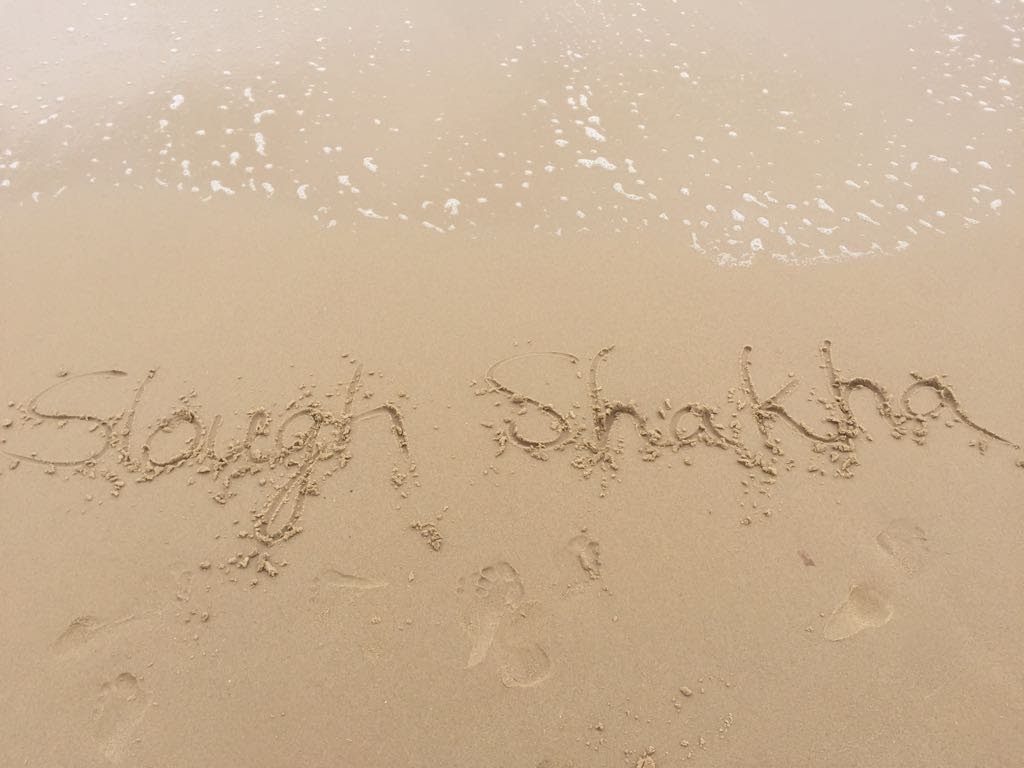 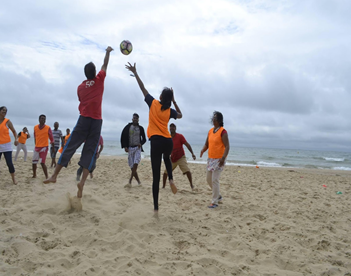 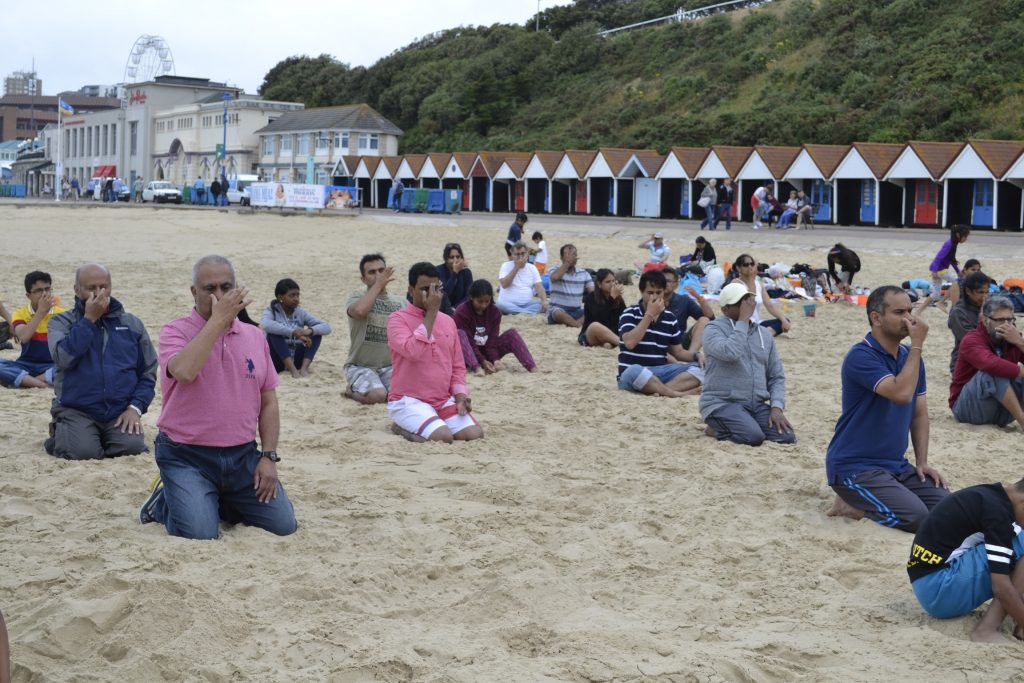 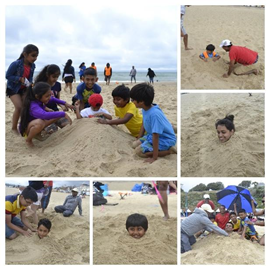 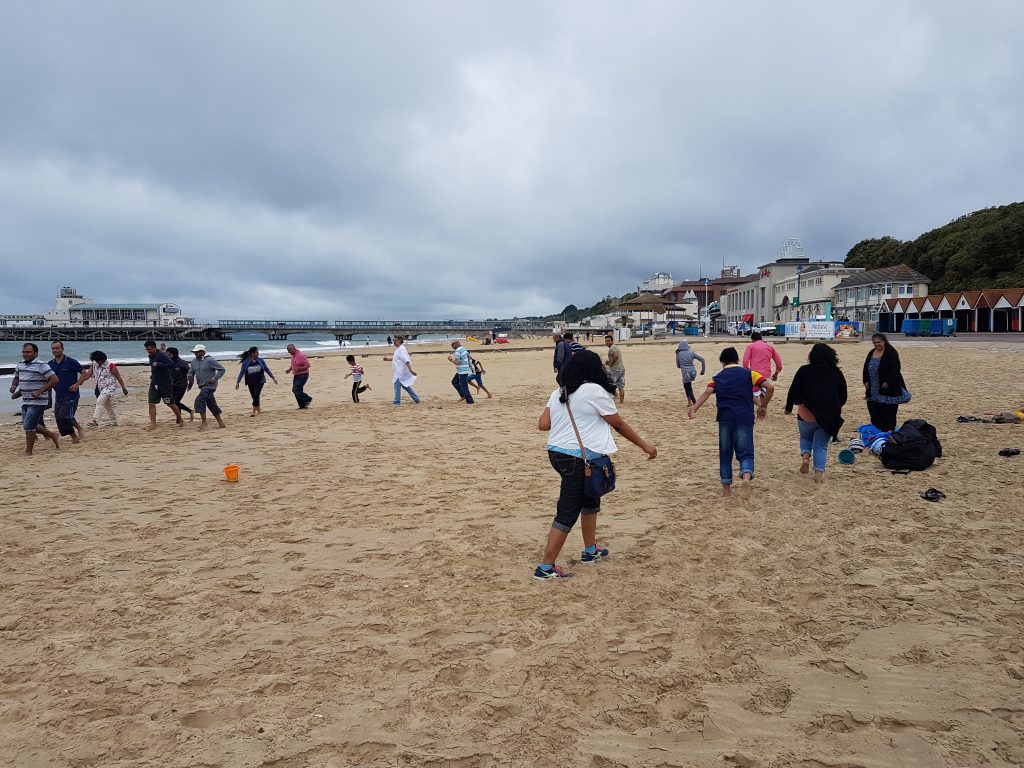 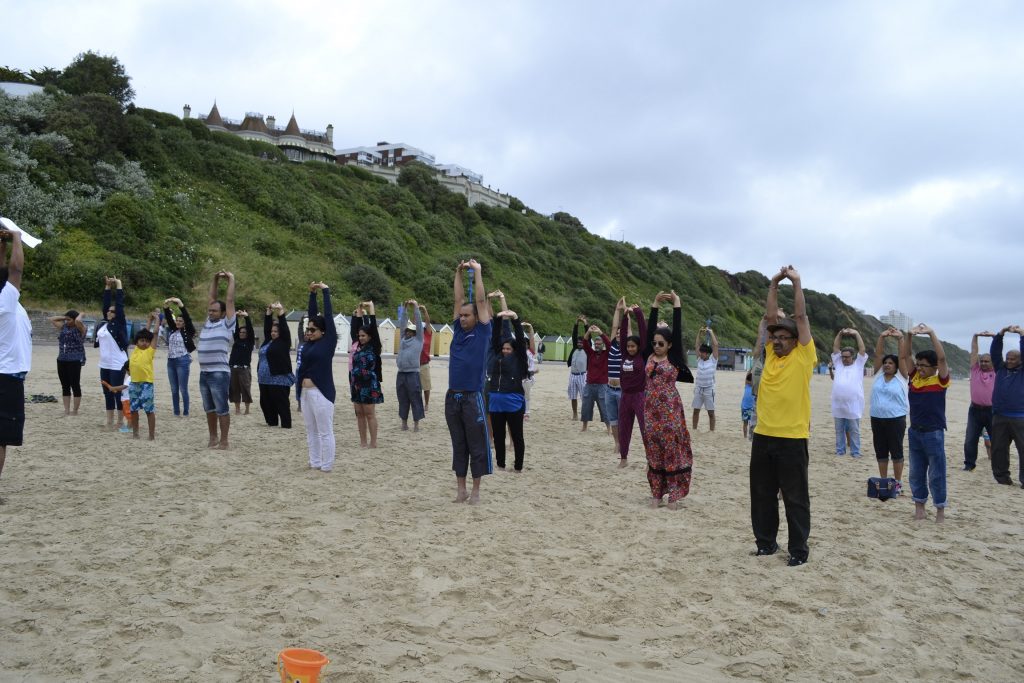 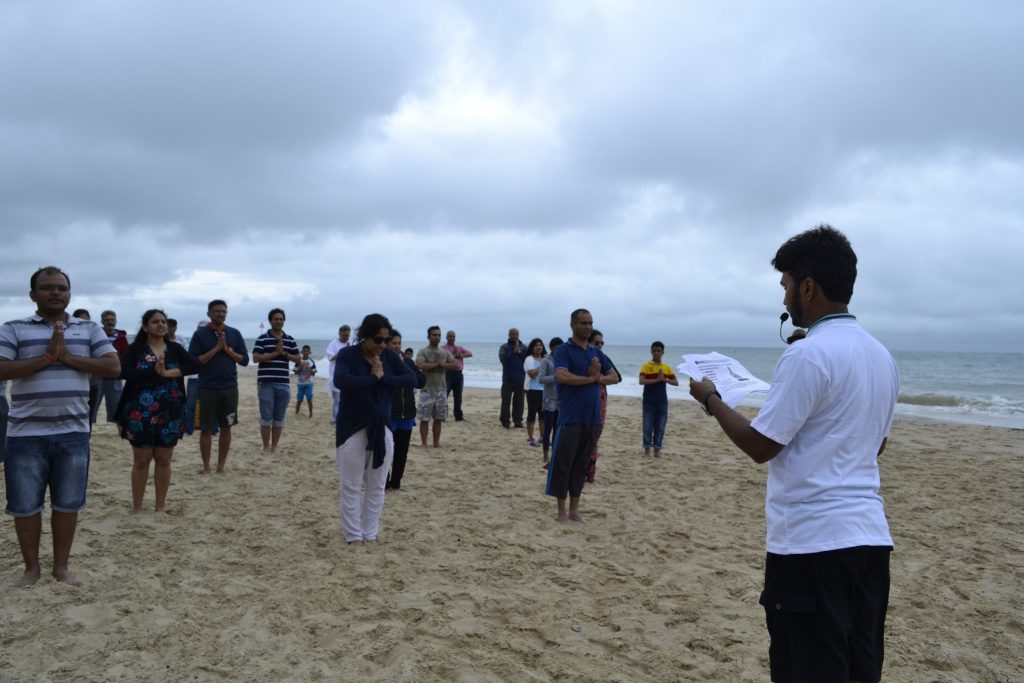 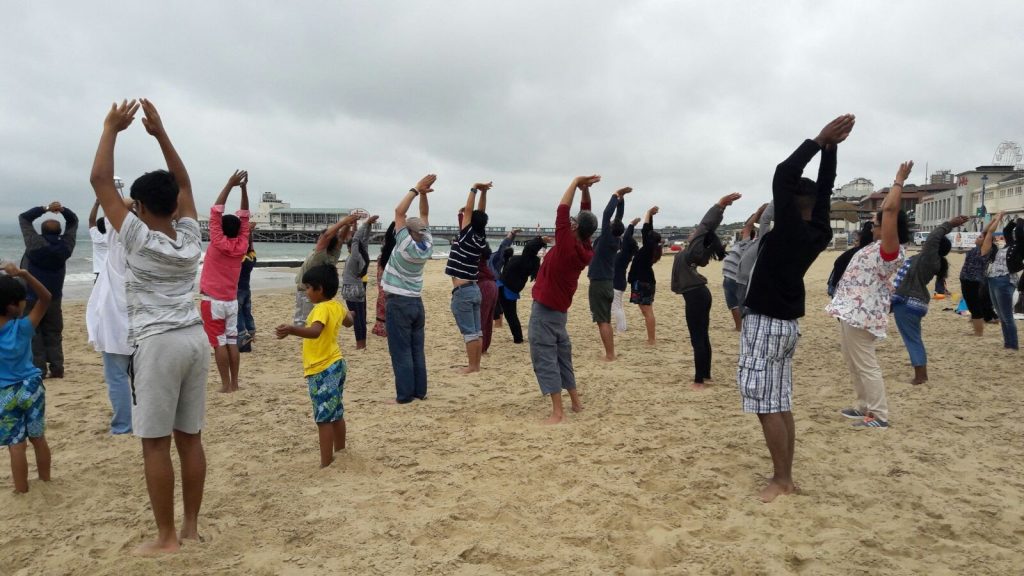 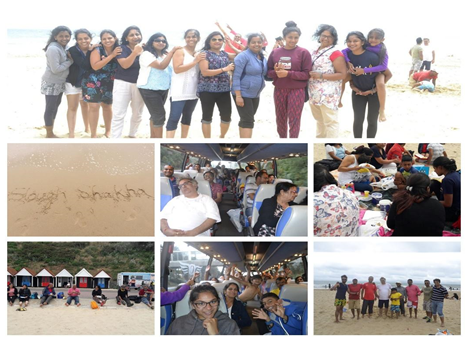 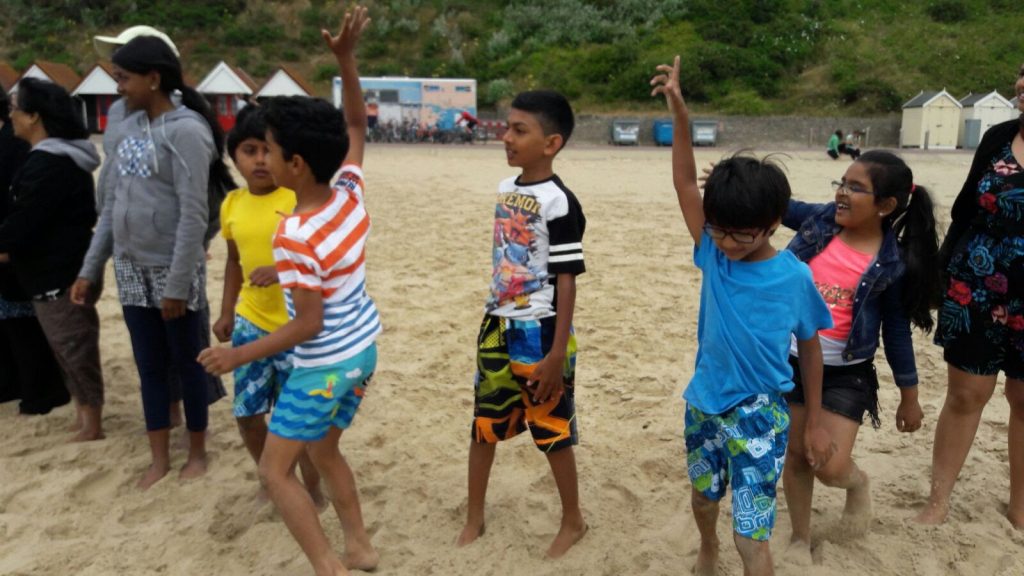 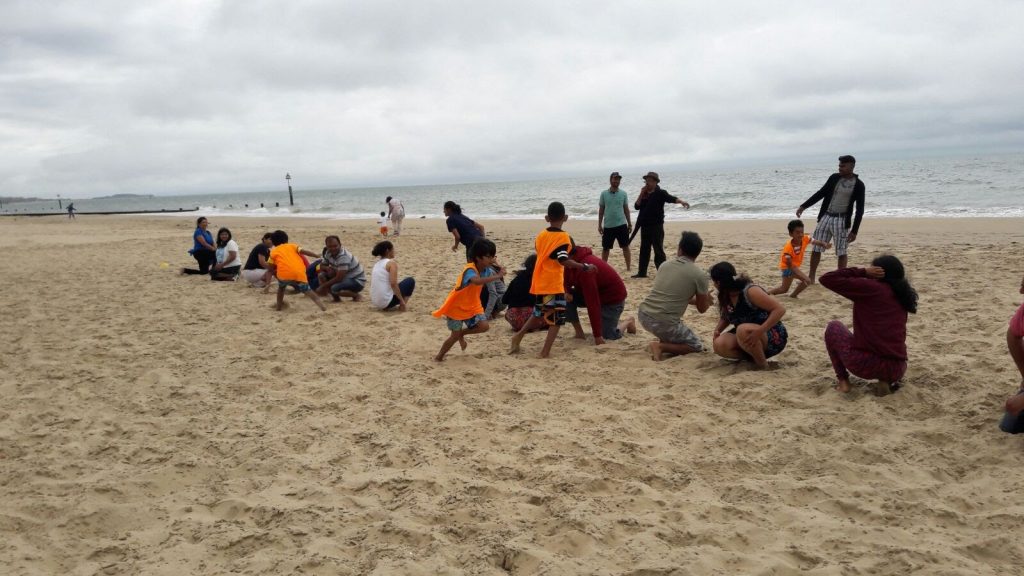 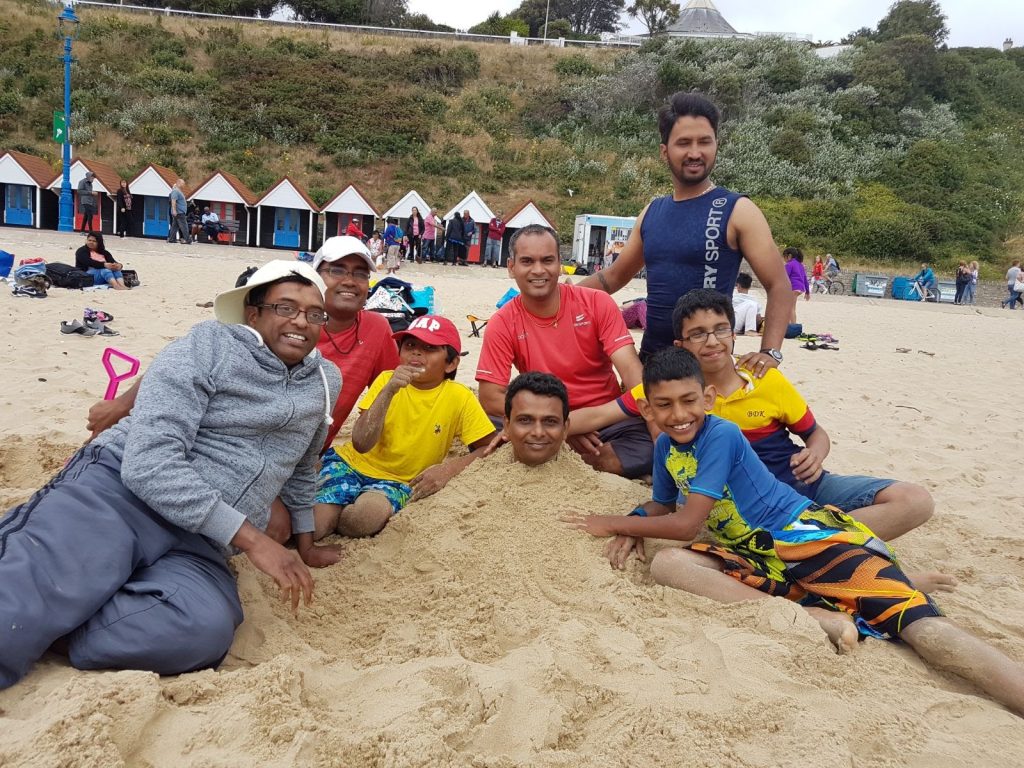 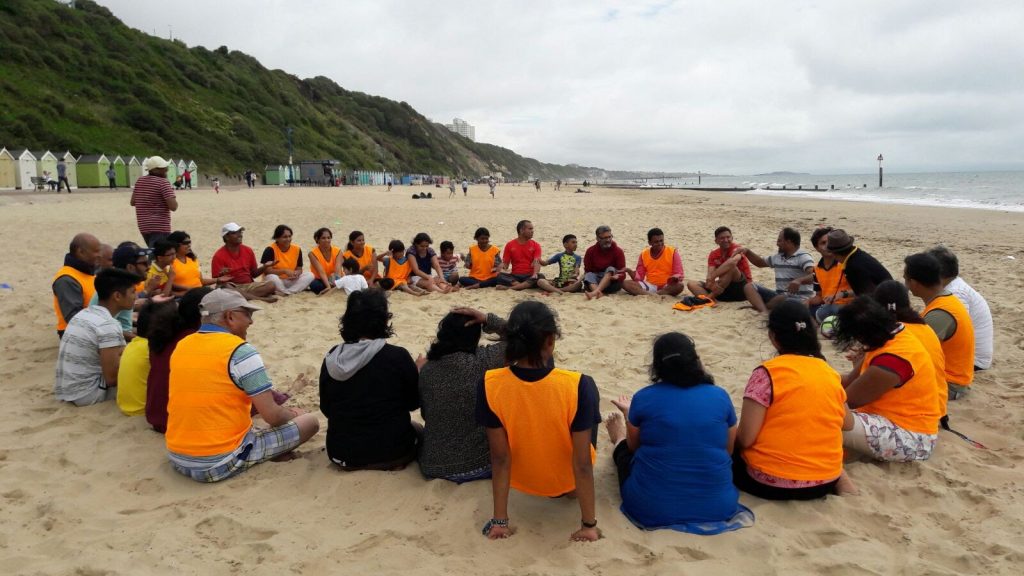 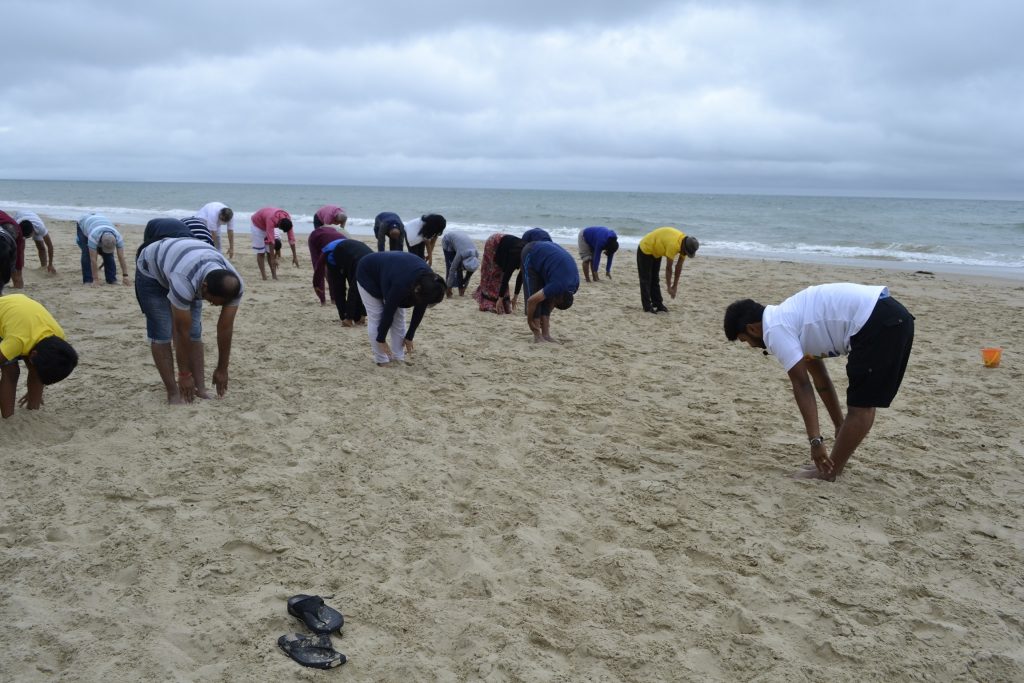 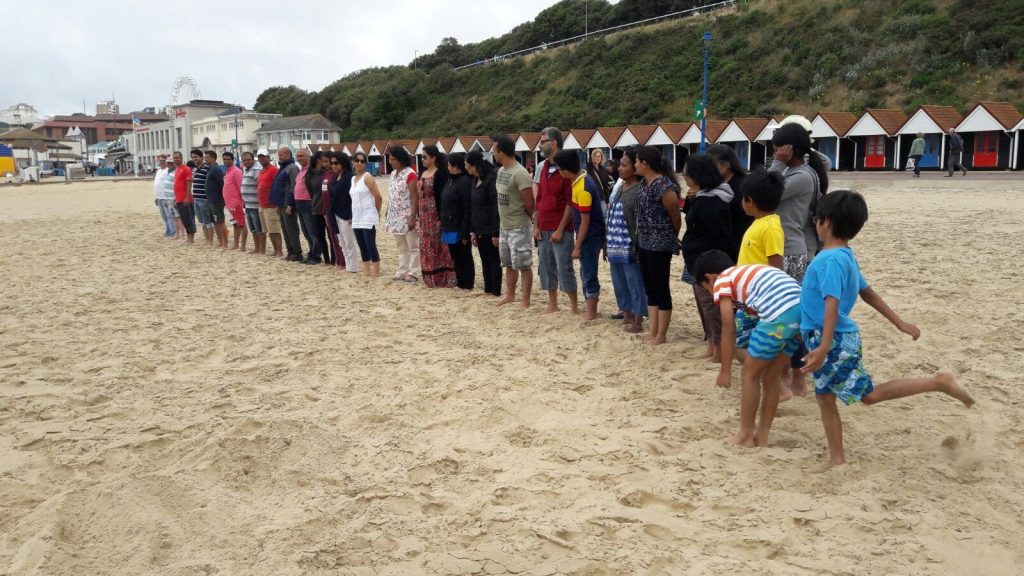