Recent updates:
You are at:Home»UK News»East Caribbean IDY Celebrations on a Cruise Ship

Article by Dr Harsha Jani
International Day of Yoga 2017 celebrations off of the coast of St Thomas, in the Eastern Caribbean, onboard the Cruise Ship Oasis of the Seas.
The ancient practice of yoga, pranayam and ayurved is deeply intertwined with  panchmahabhuta , the five elements water, air, earth, fire and space.
I had the rare privilege of celebrating International day of Yoga at sea. The visual connect with the vastness of the sea made this yoga day a spiritually blessed day for me.
I was attending the first of three yoga sessions while cruising the Eastern Caribbean onboard ‘ Oasis of the Seas’. Whist talking to Yoga teacher Mick at end of the session, I suggested we could have a special International Day Yoga  celebratory session the following day.  He was delighted with the suggestion. So, a Yoga class on the helipad 18°20′N 61°55′W  off the coast of St Thomas part of the American Virgin Islands was to take place on 21st June.
It was a beautiful morning, a group of 22 yoga students form eight different nationalities collected our yoga mats and made our way to the helipad on deck 7 with Mick, our instructor.  As the heavy door was opened, the view of the monumentally large body of water, the sea,  on the forward end of the ship on this beautiful morning was  just phenomenal.
After settling ourselves on our yoga mats in padmasan or sukhasan, we chanted ‘Aum’. Immediately there was calmness, divinity in the air. The sound of the waves, the humming sound of Aum was totally relaxing. Postures including surya namaskar, ustrasan, virbhadrasan, paschimottanasan bhujangasan, trikonasan,  balasan and navasana and postures from hatha yoga were performed in harmony.  For me, the most challenging posture was performing vrikshasan in a ship that was rocking gently as it navigated the waves. No matter how hard I tried to focus, I just kept tilting to one side and loosing balance, but I was not alone!! Laughing at this mishap was also part of this celebratory yoga day.

After an hour and ten minutes of yoga we ended with chanting of Aum and namaste. This was a spiritually fulfilling, energising experience in the vicinity of  nature. A day which will be totally engraved in my memory, a day I will savour. A blessed day. 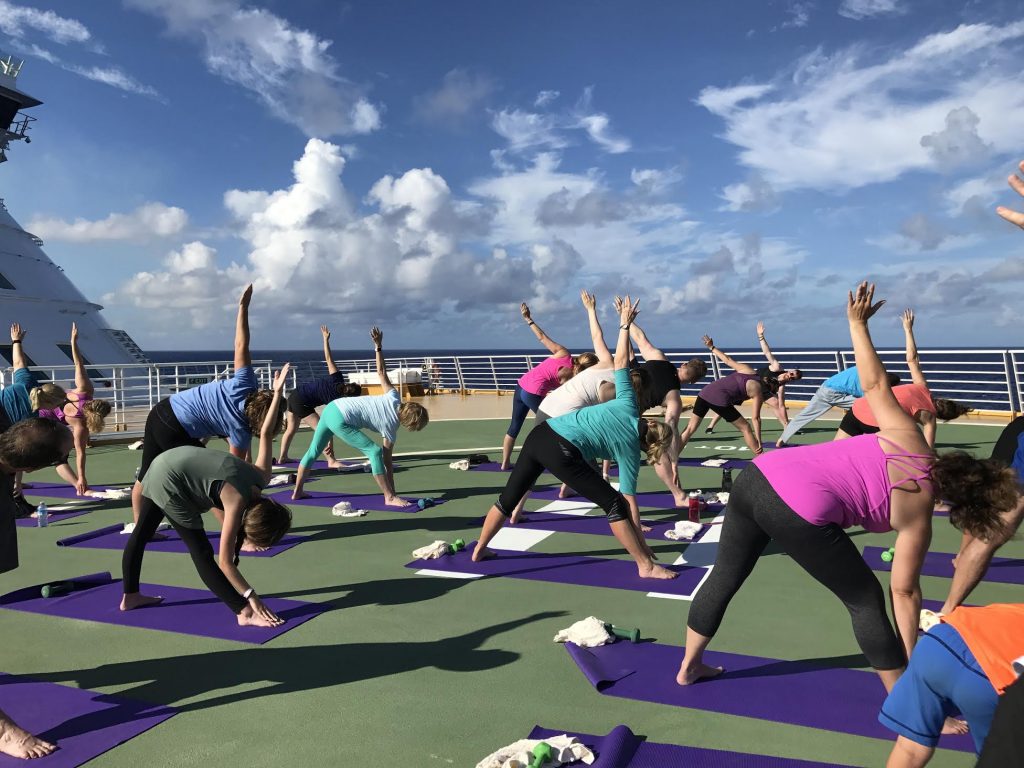 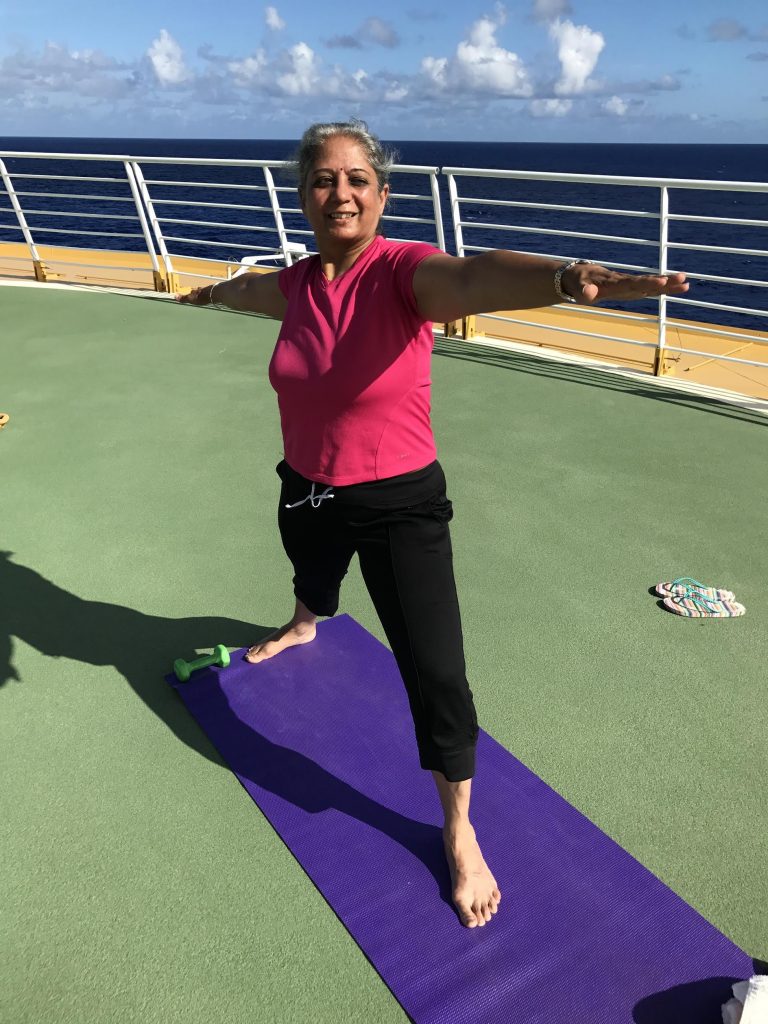