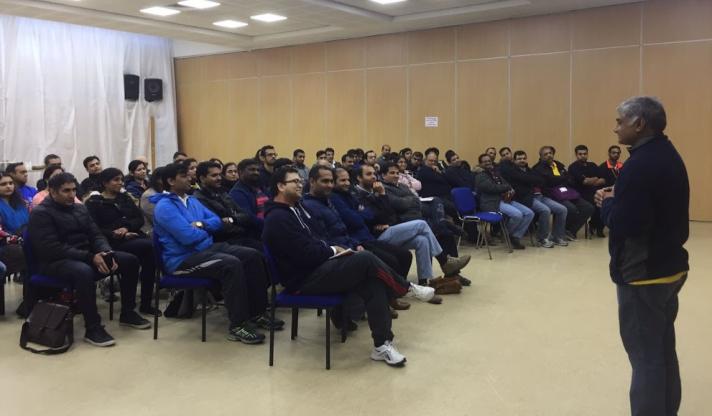 The London and South Vibhags [Zones] met in London at Bishop Douglass School, with an attendance of 127. Additional 54 Sevikas [Women’s wing] met there for their Samiti Varg [Training Day]. The objectives set this year were simply summed up as: A.R.T. (Attract, Retain and Train).