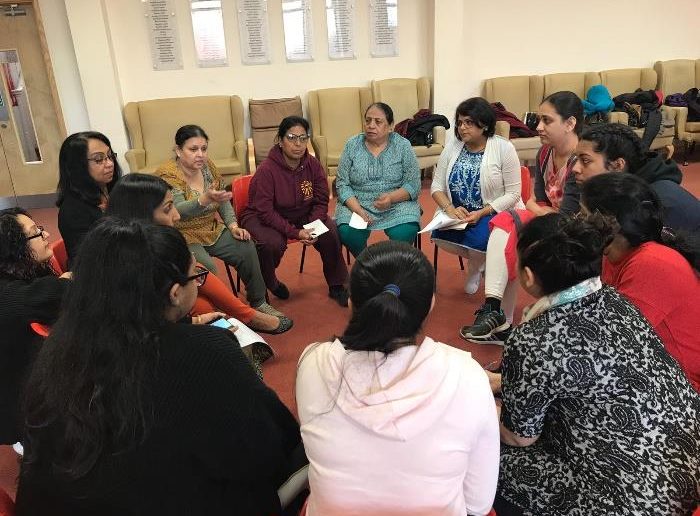 The West Vibhag [zone]Varg [seminar]was held on Sunday 24th March 2019 from 9am-5pm at Shri Laxminarayan Temple, Birmingham.  There were a variety of activities that took place throughout the day starting with ice breaker activities followed by charcha [discussion]workshops, abhyas vargs [training sessions]and khel [games]. There was also a treasure hunt, quiz and Maha Khel which was enjoyed by all.   The Bauddhik, given by Hetalben from Nottingham, was on Samiti Parichay and how to build characters amongst sevikas.  Sevikas also learnt the geet “Vyakti Vyakti Mein Jagaye”.

We were fortunate to have Shrimati Vidulaji Ambekar also present with us for the day.  Total sankhya for the day was 40 and sevikas from 4 Nagars were present at the Varg.

“Women are the inspiring force for the family & for the nation. So long as this force is not awakened, society cannot progress” Vandaneeya Laxmibai Kelkar (Mausiji) 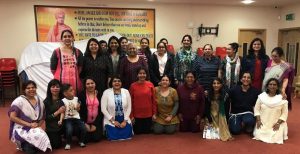 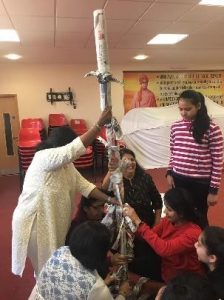 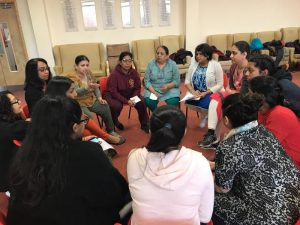 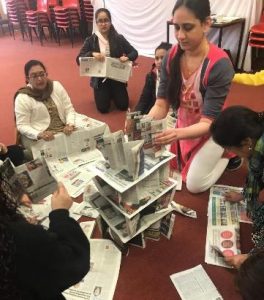