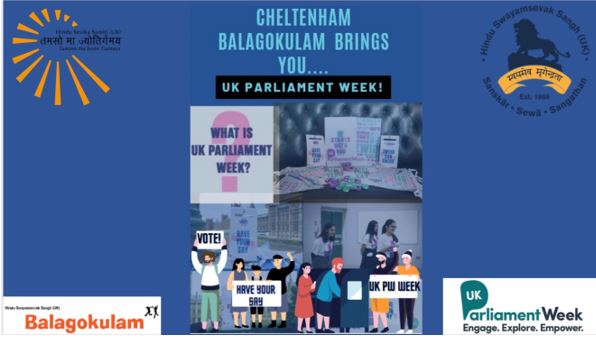 COVID -19 could not put a dampener on Hindu Swayamsevak Sangh (UK)’s (HSS (UK)) UK Parliament Week activities.  HSS (UK), 2020 WINNER of UK PARLIAMENT WEEK OFFICIAL PARTNER of the YEAR AWARD was keen to share the value of democracy and our ethos of responsible citizenship.

Forty HSS (UK) shakhas (regional activity centres) joined communities across the country getting involved in UK Parliament Week 2020 and encouraging people to play a vital role in their democracy. Over 2200 HSS (UK) participants said, ‘ IT STARTS WITH ME’. HSS (UK) shakhas hosted UK Parliament Week and joined the UK-wide conversation about democracy, people power and making change happen. Shakhas showcased activities of HSS (UK) and explored what Parliament does and what it means to people across the UK and how Hindus can be proactive in politics.

Scope and scale of engagement with UK Parliament exceeded expectations in 2020 as 49 shakhas from across the country registered for UKPW2020 activities and 41 MPs and councillors attended HSS (UK)’s virtual Parliament Week activities.  MPs included Sir Graham Brady, Alex Chalk, Theresa Villiers, Bob Blackman, Matthew Offord, Holly Lynch, Navendu Mishra, Virendra Sharma, Fabian Hamilton to name but a few. They were unanimous in reiterating that Hindus must stand for political office. At the Barnet Parliament Week event, councillor Roberto Weeden -Sanz said, “we need to see more Hindu youngsters in the council chambers”.  From Edinburgh to Portsmouth, from Southend on Sea to Cardiff there was genuine enthusiasm to engage in conversation with UK Parliament. Parliamentarian and Councillors shared experiences, praised participation and responded to intriguing questions from youngsters.  It was a compelling experience which included quizzes, painting, drawing, debates, polling, mock parliament, drafting a petition, writing letter to MP, lobbying an MP, mock Prime Ministers Question time, being an MP for a week and much more. Activities were creative and educational.

This year, HSS (UK) also inspired other organisations and projects to participate. UTHO, KAHO and BHAS all participated with great enthusiasm. At National Hindu Students Forum (NHSF), University students were having their say about issues which matter to them. This was a first in terms of the mass Hindu engagement in UK Parliament by all age groups from age 4 to 94.

Fourteen year old Yachna Dhir from HSS (UK) Cheltenham Balagokulam said, “UK Parliament Week is a very important event. It highlights the importance of speaking up and getting your voice heard. Before Parliament Week I had no clue about how parliament is run but now I know about the different voting systems and different ways in which I can participate. I feel empowered and confident that together we can make a difference.  After this event, I am motivated to join more debates at school and make my voice heard”.

Ayush Joshi, 13 from HSS (UK) Newbury Shakha said, “I had no idea about how the country is run, I didn’t know much about politics but after participating in Parliament Week I actually find Parliament very interesting and I want to learn more”.

UK Parliament Week is an annual festival which takes place in November engaging a wide range of age groups from across the UK with their UK Parliament. During the week HSS (UK)’s members (swayamsevaks and sevikas) explored what it means to our community to learn about Parliament and what empowers them to get involved.

This year marks ten years of UK Parliament Week. It was a great opportunity to be part of a thriving democracy and we look ahead to the next 10 years, thinking about what issues are important to us and how we can work with UK Parliament to bring about change.

HSS (UK) lead for UK Parliament Week commented, “We believe the entire universe is one family. In Sanskrit we say ‘Vasudhaiva Kutumbakam’ and we work towards this by teaching our youth the value of responsible citizenship”.

Last year, over 1.2 million people took part in UK Parliament week in every nation and region of the UK, alongside countries all over the world.

David Clark, Head of Education and Engagement at UK Parliament, said: “We are delighted Hindu Swayamsevak Sangh (UK) has taken the opportunity to participate in this year’s UK Parliament Week and inspire their members to get involved in democracy. They thoroughly deserve the 2020 UK Parliament Week Official Partner of the Year Award for innovative and engaging participation”.

Organisations, local community groups and schools have a chance to get empowered and have their say on issues they care about the most. Change starts with you and UK Parliament Week is a great way to learn how you can make a difference.
————– 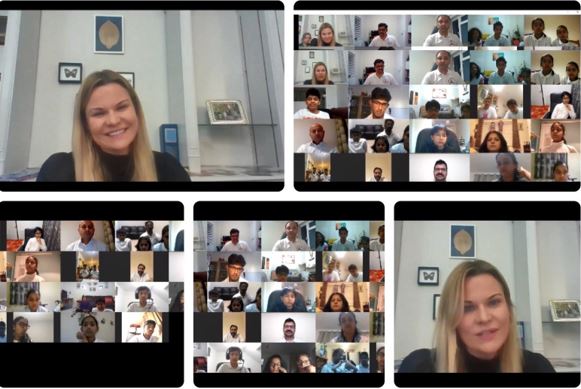 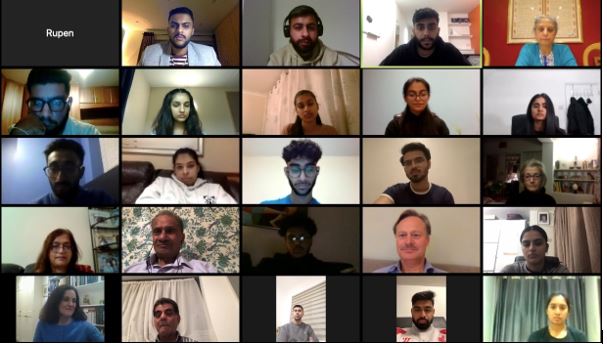