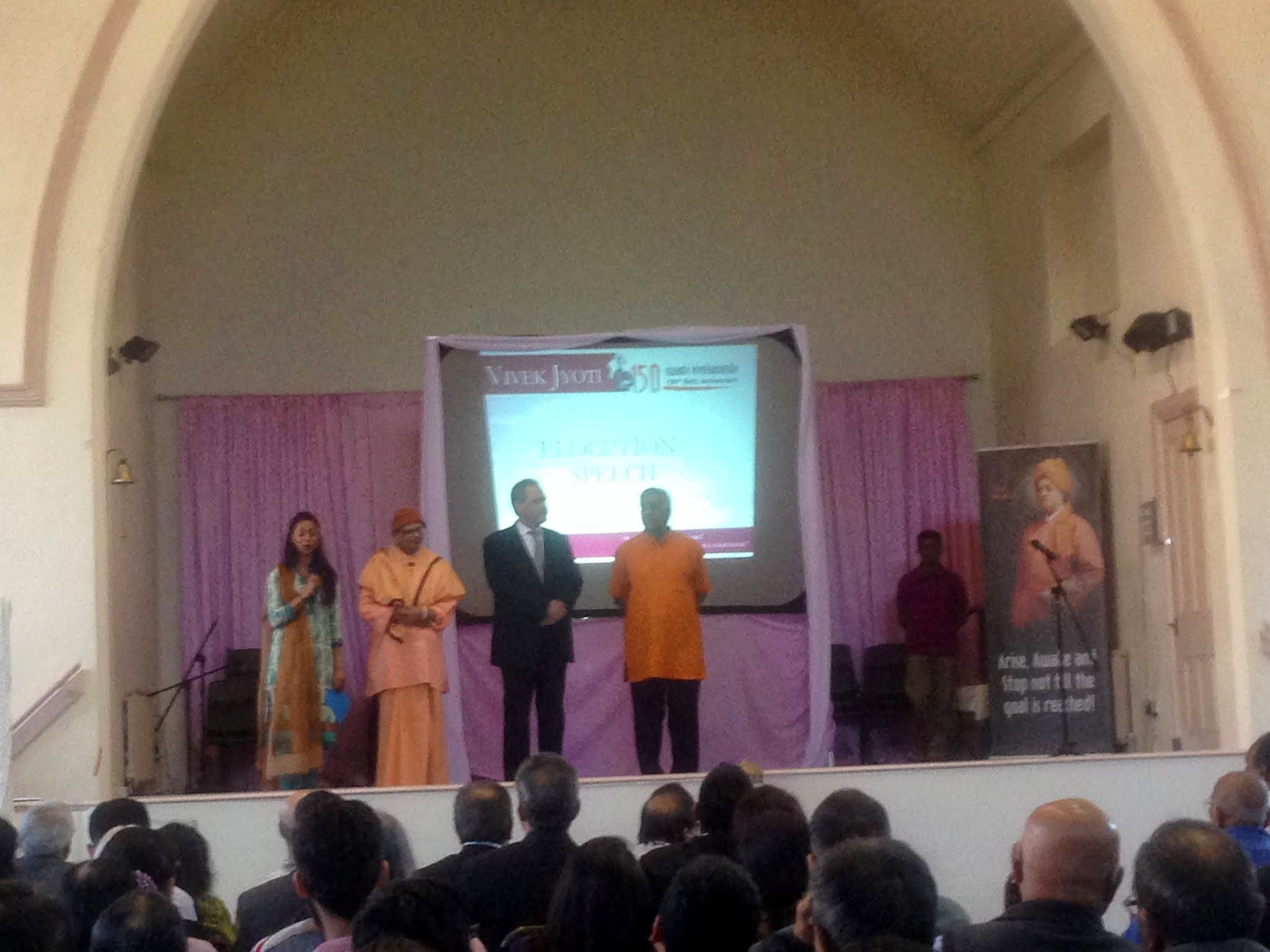 Some 20 local branches held this important event to make “Sankalpa” or personal pledge after a silent and reflective moment. These personal resolution form the finale of celebration of Swami Vivekananda 150 Birth Centenary which began exactly 1 year ago and followed by almost 100 place where exhibitions were held in the UK.

Wellingborough: 32 people, young and old gathered together at Wellingborough Mandir to celebrate the 151st birth anniversary of the great Swami Vivekananda on 12th January 2014. The Sankalp Diwas was enjoyed immensely with participants taking various vows to implement teachings of Swamiji in their daily lives. Inspiration was taken from the various speeches, videos and power points with great emphasis on karma yoga (the path of action) and raja yoga (path of meditation). Key themes throughout were the need of devoting our lives to a noble cause e.g. serving society and accepting struggle and challenges which are required in order for us to grow and develop not only in our material lives but also in our pursuit of finding the Ultimate Truth.

Manchester branch held the event on 10th January. They invited different organizations, such as NHSF, VHP, VOICE and Bhartiya Vidhya Bhavan. Approximately 60 people attended. Each individual wrote their Sankalp and put it in an envelope which will be reviewed over time and maintain progress.

Woolwich branch held their event on Sunday 12th January. They had a “Kaun Banega Maha Gyani” Competition which involved the public and multiple choice questions. Everyone was encouraged to take on at least three sankalps: