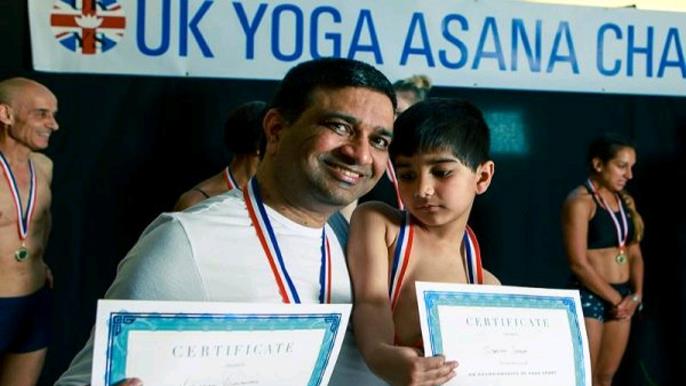 Six year old Ishwar, son of Dr N. Vishwanath, won gold medal at the UK Sports Federation National Yoga Championship 2016 ahead of boys four years senior to him in the under 11s title. Dr Vishwanathji is a former karyawaha of Durham BG, before moving to Kent last year. ‘Yoga brings calmness of mind, physical and mental balance. Ishwar was very hyperactive when he was four or five and Yoga has brought discipline into his life. It meant that he could focus and concentrate on his studies.’

Yoga in Schools will become the next big focus for HSS UK in the next decade.