Recent updates:
You are at:Home»HSS Blog»In Defence of the Faith 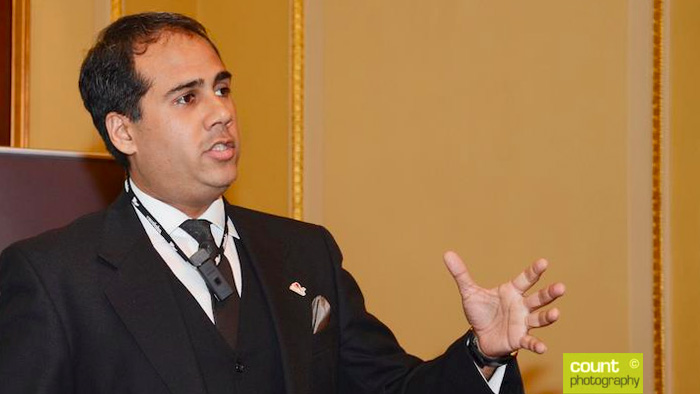 In Defence of the Faith

In Defence of the Faith; Stop The Media Trying To Divide Britain and Stir Hatred of Hindus – My Hate Speech

The irresponsibility in this day and age, to exploit religious differences where none exist is both negligent and dangerous. ITV have done this by putting young Hindu adolescents in harm’s way. The idea that a TV channel would inflame any part of the world, particularly Britain, for selling TV viewers should be criminal offence – wait, it is – incitement to hatred.

ITV did exactly that in broadcasting secret filming of a guest speaker at a Hindu charity, HSS. One for whom I too have been a guest speaker. The guest speaker, in talking to adolescents spoke of Christian strategies of colonisation in India during the Empire and of problems within Islam. He spoke not as an academic. He spoke in generalisations. Like your grandfather might, or President Obama admitted his white grandmother did of black people. That ugly hidden ill thought out prejudice which comes out in private conversations that does not represent our better selves in public. Which is why ITV had to use secret illicit hidden recordings to find it. But from one individual, or even a hundred like him, how dare you innuendo my faith institutionally intolerant? How dare you slander a billion people? Where is our ISIS? Where is our Al-Qaeda, our Taliban? Where were our Crusades, our Inquisition? Where by sword and invasion and Empire have we ever sought to conquer and convert?

What have we ever done than assimilate, integrate, fight bravely for your freedoms, alongside your soldiers, who we called our brothers, as they marched to the battle hymn ‘onward Christian soldiers’ for you in the global wars you brought to us, in colonisations we did not ask for.

What did we do but bring you the notion of non-violence, our mothers, sisters, daughter die at the end of your bullets, so you may live, and we uphold our belief in non-violence, until you realise from our spilled blood – not yours – that you were wrong to consider us backward, worthy of subjugation.

Where did we use our faith to claim the moral right of occupation? To be slave masters, Imperialists? Where were our genocides through colonisations based on God’s work? When? How dare you have the audacity to call us intolerant? This, I hate. This is my hate speech to you. And this same week a Christian Priest in Northern Ireland says Hinduism’s practice of Yoga is Satanic. Is that hate speech? No. Is Christianity institutionally hateful? No. It is free speech, not hate speech. Why – because we know the good Christianity does around the world. And hateful things, spoken without incitement to violence fall within ignorant free speech – even if malicious.

But of Hinduism when the public are largely ignorant you make broadcasts, so there is no context of all that is good that Hindus do, then only your voice is heard. Only your voice paints a singular picture. Tell me, had you recorded that Christian priest, would it have been a story? No. You knowingly used the public’s ignorance of Hinduism to create a story, to divide where there were no divisions. We live in dangerous times, and you have sought the power of media to add to them. And where was the incitement to violence of your secret recording? None came. None could. This is the faith of Gandhi.

You should recognise your friends and allies. You – who are the largest commercial media operation in Britain and come as close as it is possible for being the voice of a nation. How dare you use your megaphone to create religious differences when knowing full well we live in a time when the responsible thing is not to stir such hatreds? You spoke to 5 million, the person you reported on spoke to 25. They say journalism is power without responsibility – well this is a case if ever there was one.

Your megaphone distorted and sought to divide. But I tell you this about Hindus – you will not divide us within or from the rest of Britain. We will ensure, as we always have, that our actions speak louder than your words as an integral part of Britain – British culture being ours, and God knows from curry house to tea house, Hindu culture being Britain’s – inseparable, intermingled and unified.

It was Hindustan that carved herself up in three to give birth in 1947 to one of the largest Muslim countries in the world – Pakistan. And it is Hindustan, who has within her borders one of the largest number of Muslim populations anywhere in the world. It is Hindustan that gives the world its largest democracy choosing to enshrine minority protections in its constitution – not a theocracy – no established Church in India, no Head of State legally charged to defend one faith alone.

I hate talk of Hindus  being intolerant of other faiths. So should news organisation never report? Of course they should – but was this Abu Hamza, was it some cleric preaching people to join the Hindu equivalent of ISIS – no because they scoured our Temples surely and found no such cleric, no such incitements to violence. None. So instead they pick on some elderly man who speaks in generalisations about Islam. Probably like millions do, wrongly, in their homes to their children, every time they see the news.

When I was 16, after years of late nights, and weekends and summers spent studying, I topped all my exams at my school in Leeds. The first organisation to recognise my achievements was HSS. It’s what they do. I felt, I knew, from that day, I was a member of a community, a family. My duties extended to being a role model. My siblings went on to be taught by HSS – they are today consultants at Deloitte, a journalists at Sky and another at CNBC, another sibling works at Google. Their weekends were spent in character building social activities and fund raisers to make our community a better place for young and old, regardless of faith.