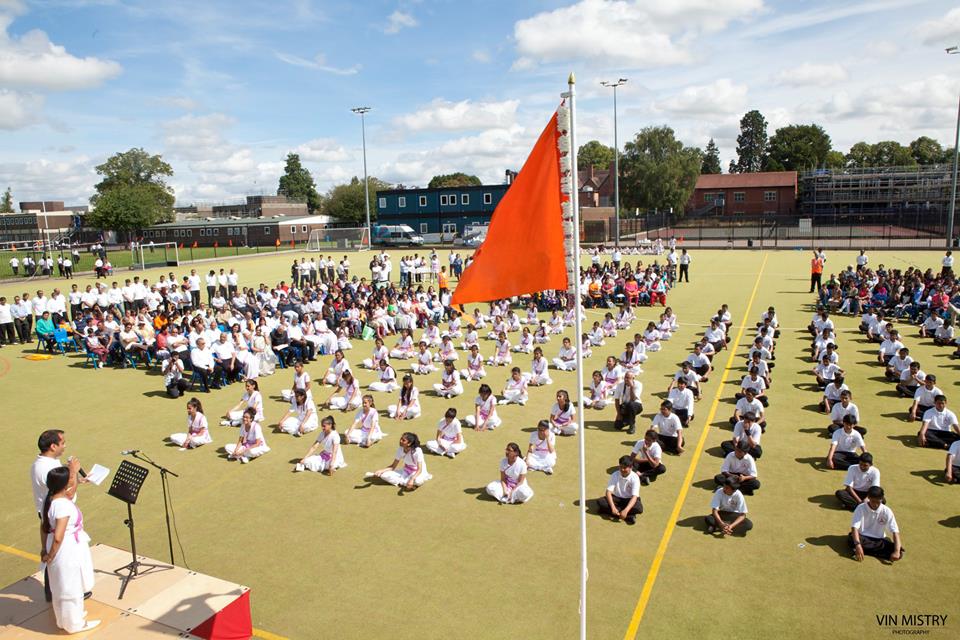 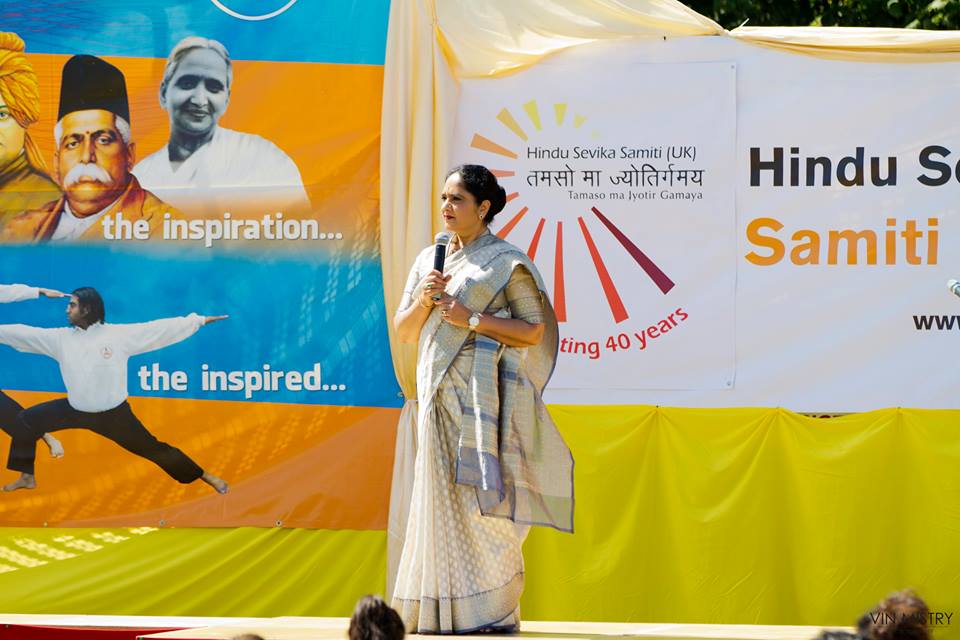 Dame Asha Khemka DBE praised the Youth Leadership Training and character building activities of HSS UK while addressing over 950 packed audience in the blazing open air sunshine at the concluding function of the Sangh & Samiti Shiksha Varg (SSV), a 9 Day residential youth leadership training course on Sunday 2 August 2015. The course is an annual event of HSS UK which was held in Lutterworth, Leicestershire. Dame Asha Khemka DBE is the Principle and CEO of West Nottinghamshire College Group which teaches 34,000 students and has a budget of £75 million.

In an inspiring address to the 200+ young participants, Dame Asha said “you are the best. This is my first visit to HSS activities and I am truly amazed. Young people learning the benefits not only of physical education, not only of mental education but also learning as individuals and as part of a team.” Praising HSS, she said “a unique organisation which works for the benefit of the community in a disciplined manner”.

DIVERSITY OF PARTICIPANTS
Leadership, teamwork and discipline are just three of many important qualities that 170 boys (Hindu Swayamsevak Sangh UK) and 104 girls (Hindu Sevika Samiti UK) developed over the nine day leadership training course. The attendees came from 28 towns in the UK and represented 10 states of India and one from Pakistan, Mauritius and Ireland which shows the diverse reach HSS has across the community. The course was an educational arena which nurtured complete character development through the practice of physical and intellectual activities.

Each morning the participants arose at 6 am and began their day with prayers and physical activities such as Yoga to calm the mind and wake up the body. Later during the day participants engaged in intellectual activities in form of discussions, role-plays, and lectures, designed to increase their knowledge and understanding of the Hindu Dharma. The participants also chose one physical and one intellectual subject to master over the nine days in focussed workshops.

The most oversubscribed physical activities were Music and Niyudh (Indian Martial Art). These focussed workshops developed self control, confidence and knowledge of the participants to aid them in becoming better leaders. The day ended with a special night time activity in form of team building exercises, role-plays or a singing competition. This let the participants wind down after a packed day but still developed many soft skills helpful in the society and workplace.

TRAINING FUTURE LEADERS
The training course was run by 37 full time instructors who facilitated all the physical and intellectual
training. There were 50+ fulltime and part-time volunteers who took charge of all behind the scene
logistics to make sure the facilities were kept clean, food was cooked and site was secure. Over the 9
days, the course consumed 8,000 rotis (chapattis), kindly donated by 140 local families across
Leicestershire. Over 80 pints of milk and 22 loaves of bread were used every day as part of 5 meals
and snacks served to the attendees from sunrise to sunset.
The last day of the course was a public function known as Samarop where participants would
showcase their talents in front of their parents and guests. They performed arts of Yogasana, Niyudh
(martial art) in front of over 950 audience. The chief guest Dame Asha Khemka DBE, delivered an
inspiring speech which emphasised on the contribution of Sewa, Hindu Dharma and young leaders to
the mainstream life of UK. The Samarop ended by an inspiring and motivating message from a
sevika, teacher and yoga instructor, Madhvi Haria, highlighting the Shakha ‘Hub’ as a Sanskaar
Kendra, where individuals are developed to serve the society.
The nine day residential training course created future leaders in the workspace, society and more
importantly the Hindu Samaj. The theme of universal peace and oneness echoed throughout to
inspire future leaders who would benefit the communities and embrace the world as one family. Hindu
Swayamsevak Sangh’s motto is “we achieve by our own efforts” and Hindu Sevika Samiti’s motto is
‘Tamso Ma Jyotir Gamaya’. This shows the dedication of all the instructors and volunteers who took
time out of their personal lives to create an inspiring course to invest for the future of our world, taking
the meaning of Vasudhaiva Kutumbakam – The world is one family into a new dimension. 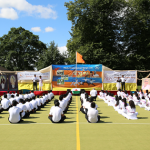 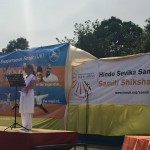 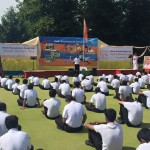 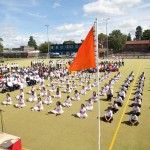 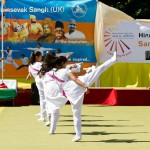 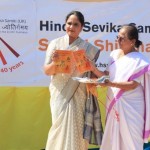 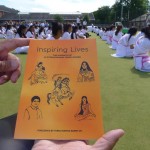 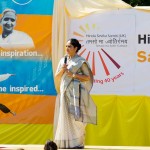 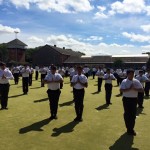 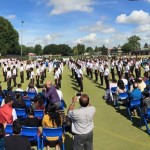 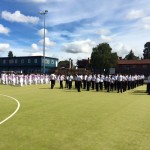