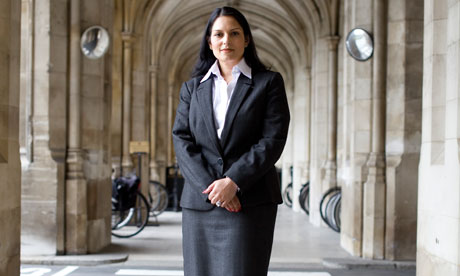 Under the guidance of Shri Mukesh Ladva, swayamsevak & president of Shree Hindu Community Centre and the Hindu Council of Birmingham, on Sunday 18th May, invited Smt. Priti Patel MP for a meeting with the Hindu community. Although a lower turnout reflecting general apathy amongst Hindu to take part in political participation, those present expressed many important points. In particular, the obvious late congratulatory message from Ed Milliband to the results of Indian Elections by Shri Narendra Modi, by two days and that on a Twitter note. It was noted that it was the Labour government’s decision to ban Narendra Modi after 2002.

Leading up to the Swearing-in ceremony, let us write to BBC with our complaint and ensure that the organisation shed its biased image and report on the positive developments. Let us all wake up from general apathy and exercise our voice and opinion in the interest of the Hindu community.