Recent updates:
You are at:Home»Global News»HSS (UK) inspiring the next generation of athletes in the City that will host the Commonwealth Games 2022

HSS (UK) inspiring the next generation of athletes in the City that will host the Commonwealth Games 2022.

The Lord-Lieutenant, who Chairs the 2022 Commonwealth Games Committee, observed this flagship event at PlayFootball in Birmingham. With over 700 people of all ages (from 7 years to over 60) from across the country participating in five key sports, the atmosphere was electric. With all to play for, 69 teams from 32 towns brought their talent together to compete in the 176 games played on the day, in the hope of lifting the winning trophy.

Observing the games, the Lord Lieutenant commented that “A great sense of pride and enthusiasm was shown by all participants in the competition, with a fantastic sense of sportsmanship. It is initiatives such as these that provide great confidence in the development of our future generations, and especially now as we work towards hosting the 2022 Commonwealth Games in Birmingham”.

Along with Football for both Under 11s and Under 16s, the Khel Pratiyogita has firmly established a national platform for Kabaddi, Kho Kho and Ring. The calibre achieved in these competitions has led to a number of its members being selected to represent England in International Tournaments. While Kabaddi and Kho Kho are not currently played in the Commonwealth Games, the world wide popularity is increasing. Following the success of the 2016 World Cup Kabaddi Tournament in India, this year’s World Cup in Malaysia is expected to attract participation from over 30 nations.

Someshwar Kalia, a member (swayamsevak) of HSS (UK)’s Woolwich Shakha and Captain of the England Kabaddi Team said: “I have grown up playing Kabaddi every week at my Shakha. It was here that we developed the understanding and importance of building confidence, working as a team, and always being there to support others. These core values were essential to playing Kabaddi at an international level, and especially now as we prepare for the World Cup in the summer. The Khel Pratiyogita is something I have looked forward to each year and has always been a fantastic platform to nurture talent”.

Commenting on the tournament, Mr Dhiraj D Shah, President of HSS (UK) said: “The Khel Pratiyogita is much more than just a sports tournament. It’s a channel to bring together the human spirit. As you observe each game being played at the Khel Pratiyogita, you will see a crowd of support cheering every player on irrespective of which team they are representing. It is this spirit of community and collective effort (Sangathan) that forms the cornerstone of HSS UK’s ethos. Sport is an excellent way of bringing people together from diverse backgrounds, and we are proud that every year we see participants from all generations competing in the tournament. Congratulations to all the participants who played with good spirit and at a high level and standard, showcasing skill, strength, speed, agility and courage. This year we were extremely honoured to have the Lord-Lieutenant join us with his wife. Their presence provided a great inspiration to all there.”

HSS (UK)’s Khel Pratiyogita has inspired other sporting events including that organised by Hindu Sevika Samiti (the women’s division), which collectively now attract around 2,000 participants annually to engage in national sporting activities. 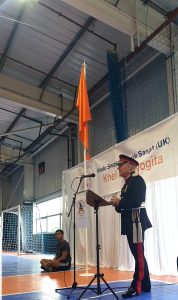 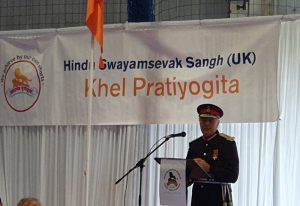 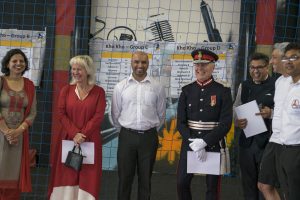 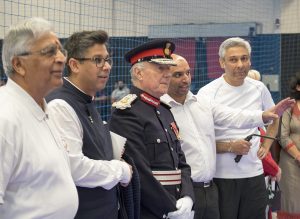 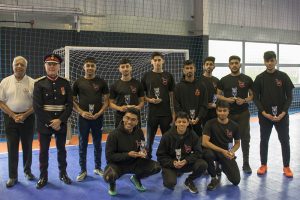 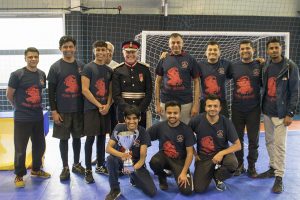 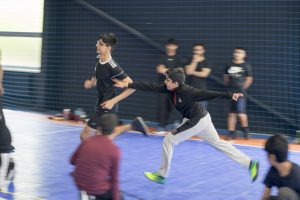 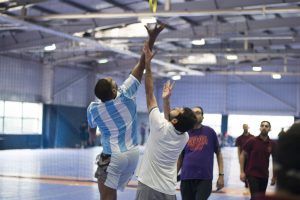 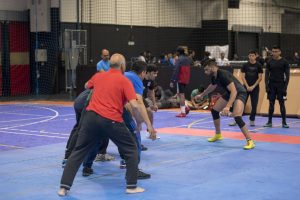 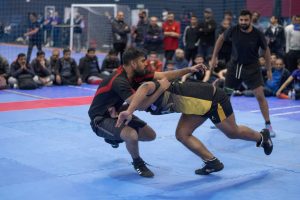 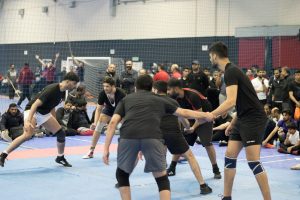 Notes to the editor: