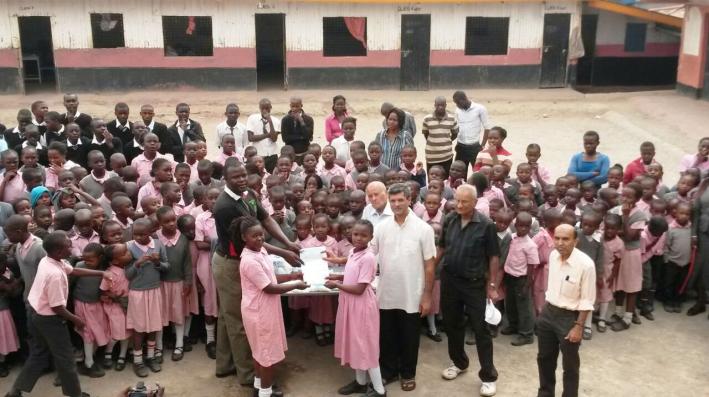 Hindu Religious & Service Centre under the auspices of Hindu Council of Kenya, are feeding 9,500 children in 26 rural slum schools. The mid-day meal feeding takes place from Escarpment to Kitui everyday from Monday to Friday.

On Tuesday 20th January, the group visited two schools in Kawangware: Excellence Children Centre and Sija Children Center which have 730 and 420 children respectively.

A cheque was presented to the headmaster by Shri Chandrakant Sharma, Pracharak of Hindu Swayamsevak Sangh.

In most School, the School feeding program has increased the enrolment; absenteeism has also been greatly reduced and the academic performance has increased drastically.