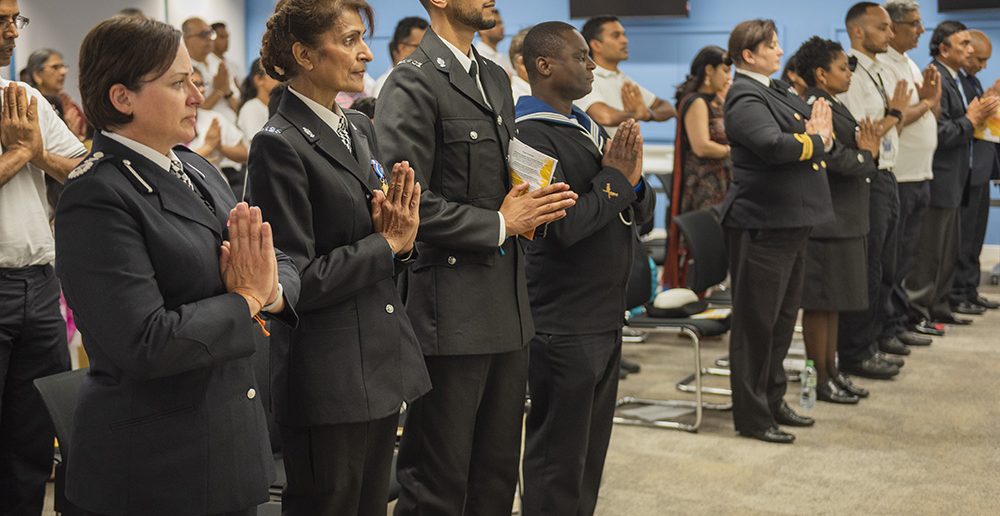 – Chief Inspector Karen Geddes, chair of the WMP Black and Asian Association, described her journey from a fast food chain worker to her position now, and how the Police both benefit from, and encourage, more diversity in the Police service.

– Dr Tribhovaji Jotangia led a ‘taster’ session of Chair Yoga and the DCC commmented how it was so very uplifting and difficult not to feel happy at the end of it.

– Kiran Patel, swayamsevak and member of the Police’s first response team (dealing with 999 calls), commented how Hanumanji is the inspiration to his work every day and he keeps a picture of Hanumanji in his locker. Kiranji called for more Hindu representation in the forces, and that his Hindu values are entirely complementary with his Police values.

– Deputy Chief Constable Louisa Rolfe (second in command for all WM Police), gave the keynote speech. DCC Rolfe gave a description of how their work is often very rewarding but also can be incredibly challenging particularly with some of the difficult situations they face. Drugs, and the effects of drug dealing which spark territorial violence, and the effect of drug use on people is something they struggle with. Community help is appreciated by informing Police but also by ensuring communities impart good values on their people. DCC Rolfe echoed Kiran Patel’s ask that more Hindus join the force as our values complement theirs.

– A momento of the day, a framed picture of ‘Namaste’ was presented to DCC Rolfe by Birmingham Nagar Karyawaha Harshadji Solanki. The police really appreciated this and we so members of the force later asking for photos with the momento.

– Rakhis were tied to members of the force present on the day.

– We left with the message that Hindu values espoused through the word Namaste are universal and see beyond any visible ‘differences’ within humanity. We heard that the Vishwa Prarthana is about us making a commitment to our Guru, the Bhagwa Dhwaja, that we will strive to improve our strength, character and wisdom such that we can be good citizens of this country.

– The event concluded with Vishwa Prarthana. 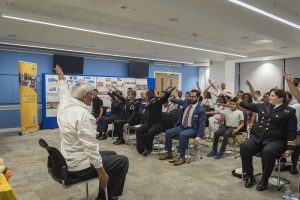 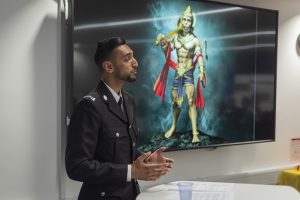 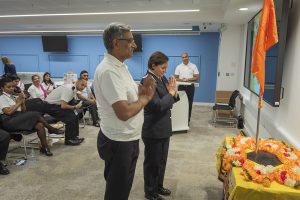 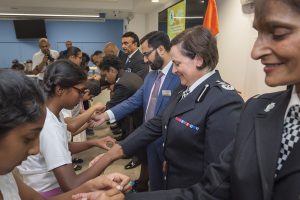 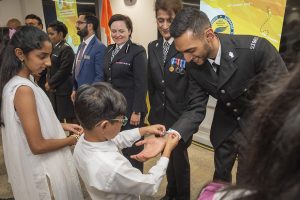 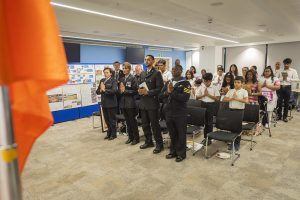 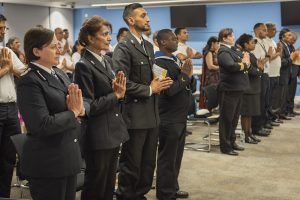 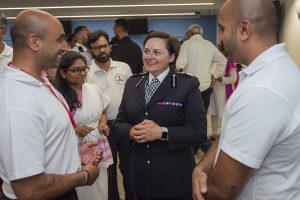 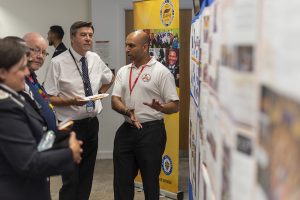