Recent updates:
You are at:Home»Global News»Hindus to be World’s 3rd Largest Population by 2050 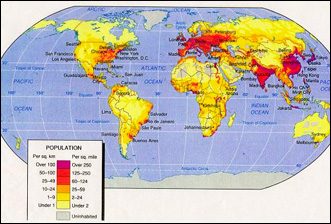 Hindus to be World’s 3rd Largest Population by 2050

Hindus will become the world’s third largest population by 2050, while Bharat will overtake Indonesia as the country with the largest Muslim population, according to a new study. According to the Pew Research Center’s religious profile predictions assessed data released on Thursday, the Hindu population is projected to rise by 34 per cent worldwide, from a little over 1 billion to nearly 1.4 billion by 2050. By 2050, Hindus will be third, making up 14.9 per cent of the world’s total population, followed by people who do not affiliate with any religion, accounting for 13.2 per cent, the report said. “India will retain a Hindu majority but also will have the largest Muslim population of any country in the world, surpassing Indonesia,” it said. “Over the next four decades, Christians will remain the largest religious group, but Islam will grow faster than any other major religion,” according to the report.

In North America, the Hindu share of the population is expected to nearly double in the decades ahead, from 0.7 per cent in 2010 to 1.3 per cent in 2050, when migration is included in the projection models. Without migration, the Hindu share of the region’s population would remain the same. Buddhism is the only faith that is not expected to increase its followers, due to an ageing population and stable fertility rates in Buddhist countries, such as China, Japan and Thailand. The projections considered fertility rates, trends in youth population growth and religious conversion statistics.