A collaboration between Crawley Arya Shakha, a branch of Hindu Swayamsevak Sangh (HSS) and Gurjar Hindu Union (GHU) saw a vibrant celebration of Holi on Sunday 19th March to mark the beginning of Spring, also known as the festival of colour, celebrating the triumph of good over evil.

The occasion saw people of all ages from 2 year old toddlers, to parents and grandparents from far afield communities as the Lohana and Tamil societies and HSS branch from Croydon, the Gujarati Cultural Society from Brighton and others from neighbouring towns of Horsham who graced the event to experience Holi as celebrated in India.

The day began with a special attendance from The Worshipful Mayor of Crawley, Councillor Raj Sharma, marking the auspicious occasion by lighting a diva, which was followed by a short warm up to the activities for the day inspired and directed by the Temple’s Yoga teacher. The large crowd was strategically organised into age groups for Khel (play) and Bauddhik (discussion) which was lead by enthusiastic Swayamsevaks from Crawley and Croydon Shakas.

Following a tasty lunch prepared by GHU volunteers, the crowd excitedly headed outside to commence the dhuleti, part of the programme, partaking in colourful water fights with friends and family.

For the first time in Crawley this event has been celebrated on a grand scale demonstrating community spirit with Hindus, Muslims and Christians all uniting to participate the colourful festival together. 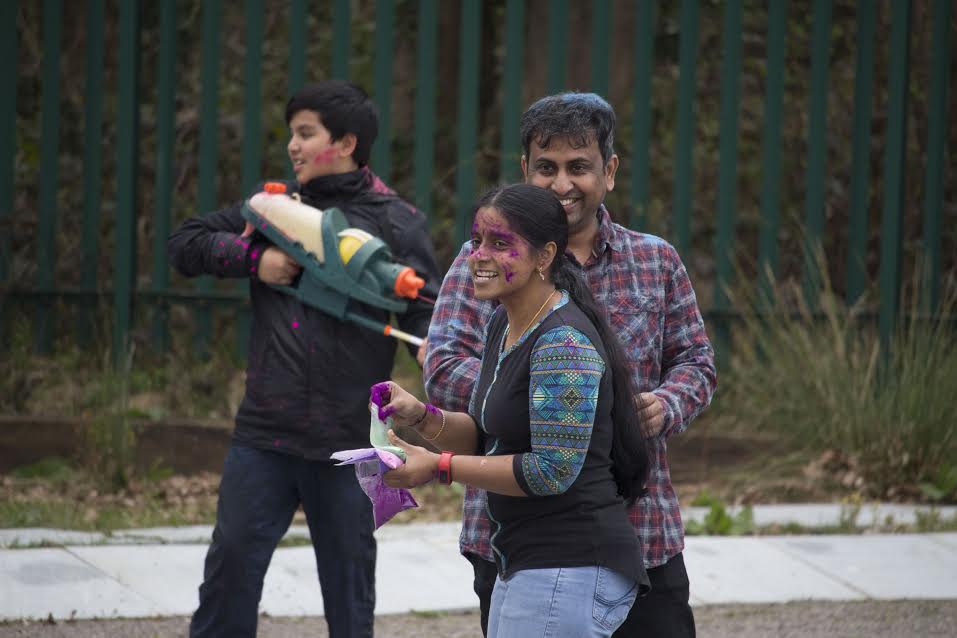 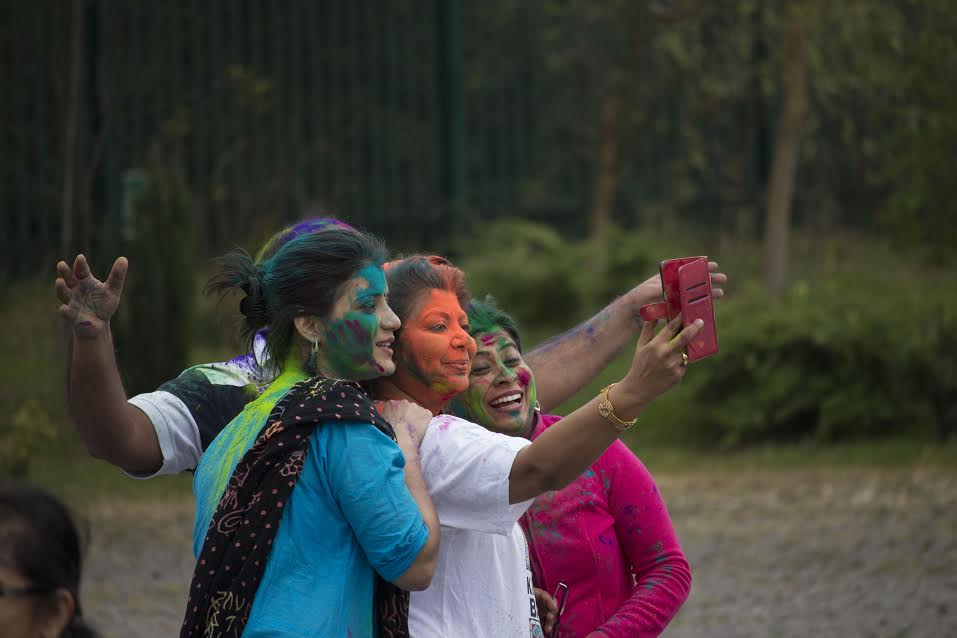 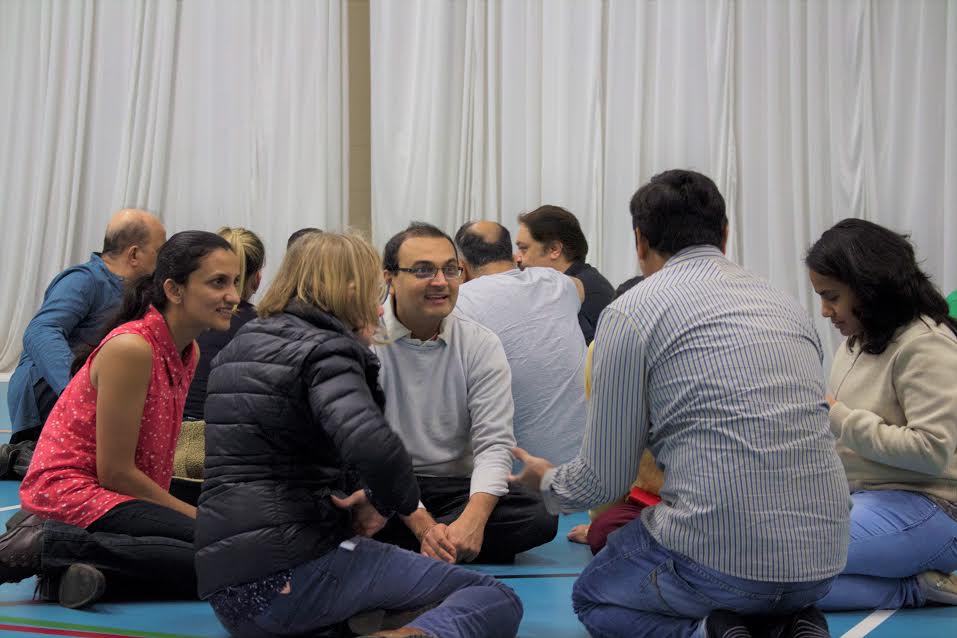 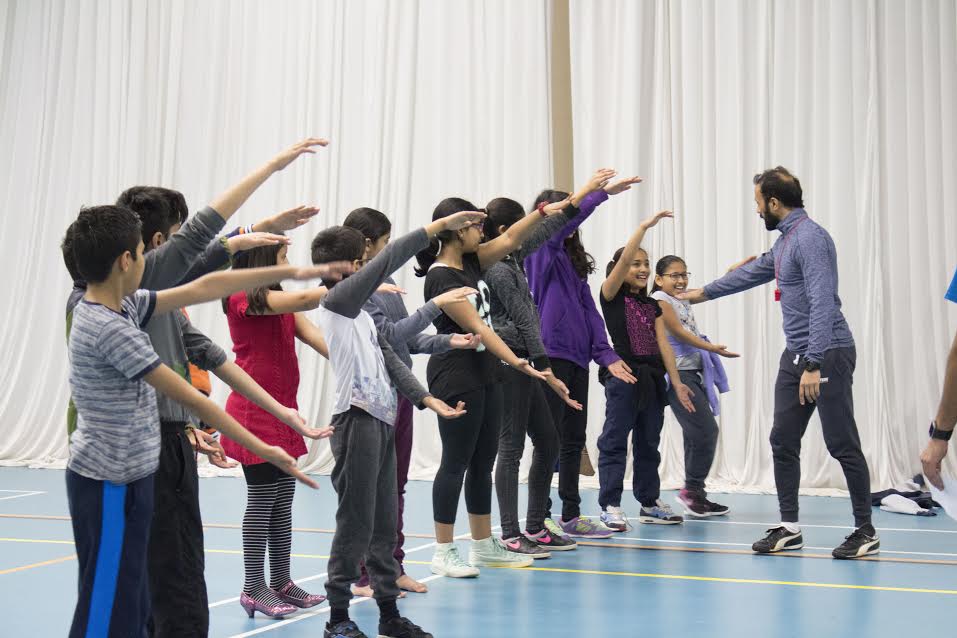