Recent updates:
You are at:Home»Homepage»Bihar Diwas Celebration – Edinburgh and Glasgow

Balagokulam at Edinburgh and Glasgow contributed in the Bihar Diwas celebration organised by the Indian Consulate at Edinburgh. Despite yellow weather warnings, it was attended by over 300 attendees from various Scottish cities including Indian and Scottish dignitaries.  On request from the organisers, we also ran a parallel BG session; the session was led by Shrutiji, and attended by 25+ children in total.

Glasgow Balagokulam team, in collaboration with Jhankar Beats, delivered a ‘folk dance’ on a song highlighting cultural prides and historical personalities of ‘Mithila’ region of Bihar. Kudos to Sushmitaji and friends for accepting the extremely challenging task of coordinating and successfully delivering the performance in just 2 weeks. Both our contributions were well recognised by the organisers and attendees. 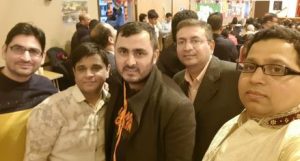 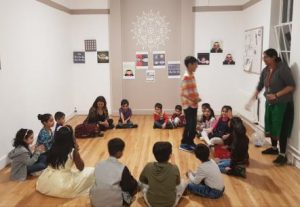 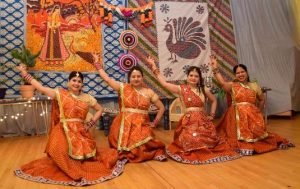