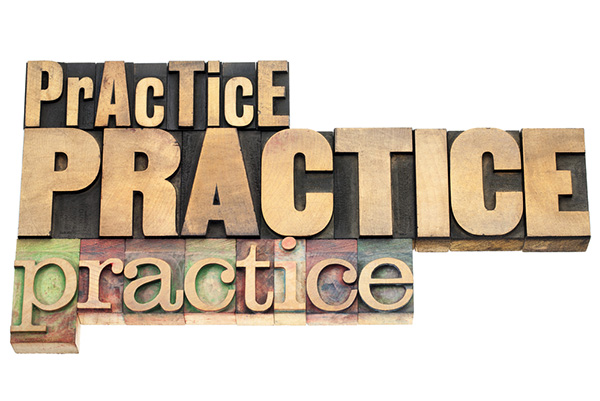 Practice will lead us toward perfection.  We all recognise that a strong Karyakarta is the key to good work and a spotlight focus on a Karyakarta’s core skills will strengthen our shakhas, encourage Karyakarta development and will improve our basic understanding of Samiti work.

Between January and March 2017, Samiti planned National Abhyaas Vargs which focused on going ‘Back to Basics’ and channelling energy into revisiting core skills that will have a direct effect and impact on local shakhas. The National Abhyaas Varg content was designed and planned by one team. This same team canvassed the country to deliver the Abhyaas vargs to each Vibhag, ensuring consistency.

How were the Abhyaas Vargs different from NKV? Unlike NKV, where a shakha team would split into various Vishays, we planned the Varg so that all sevikas were present for every Vishay. The timetable consisted of:- Shareerik, Achaar Padhathi, Gana Samata, Shikshan Vidhi for Khel and Suryanamaskar. The Bauddhik content focussed on the deeper meaning of our Praarthana, its pronunciations and relevance in modern day, and how we connect ourselves with it. We encouraged innovative Bauddhik planning, content and delivery and addressed some of the administrational needs of the Shakha. Some inventive methods were to use white boards for Acchar Padhathi and how to plan a relevant Bauddhik on each line of our Praarthana.

We gained positive feedback after each Varg – “well planned and focussed with amazing time management”, “A brilliant varg, very informative, my home is always open for Samiti and Sangh”.

A common thread was to focus on Karyakarta Nirman (development), both the characteristics as well as the connection of a Karyakarta with core shakha work. The final Buaddhik drew upon points on how we can develop ourselves through having Atmeeyataa (relationship), Swadhyay (self study), Antarik Vikaas (self-introspection), culminating into Atyanta Pramanikata (ultimate reliability, integrity, and honesty).

The journey from a Sevika or Swayamsevak to a Karyakarta may be different for different people. However, we aspire for all Karyakartas to continue her or his journey with direction, depth, understanding, innovativeness, team spirit, capacity and, most importantly, a strong heartbeat for our work – we aspire for multi-dimensional Karyakartas.  We aim to be, not only productive, but connected; connected to the roots – the Shakha.